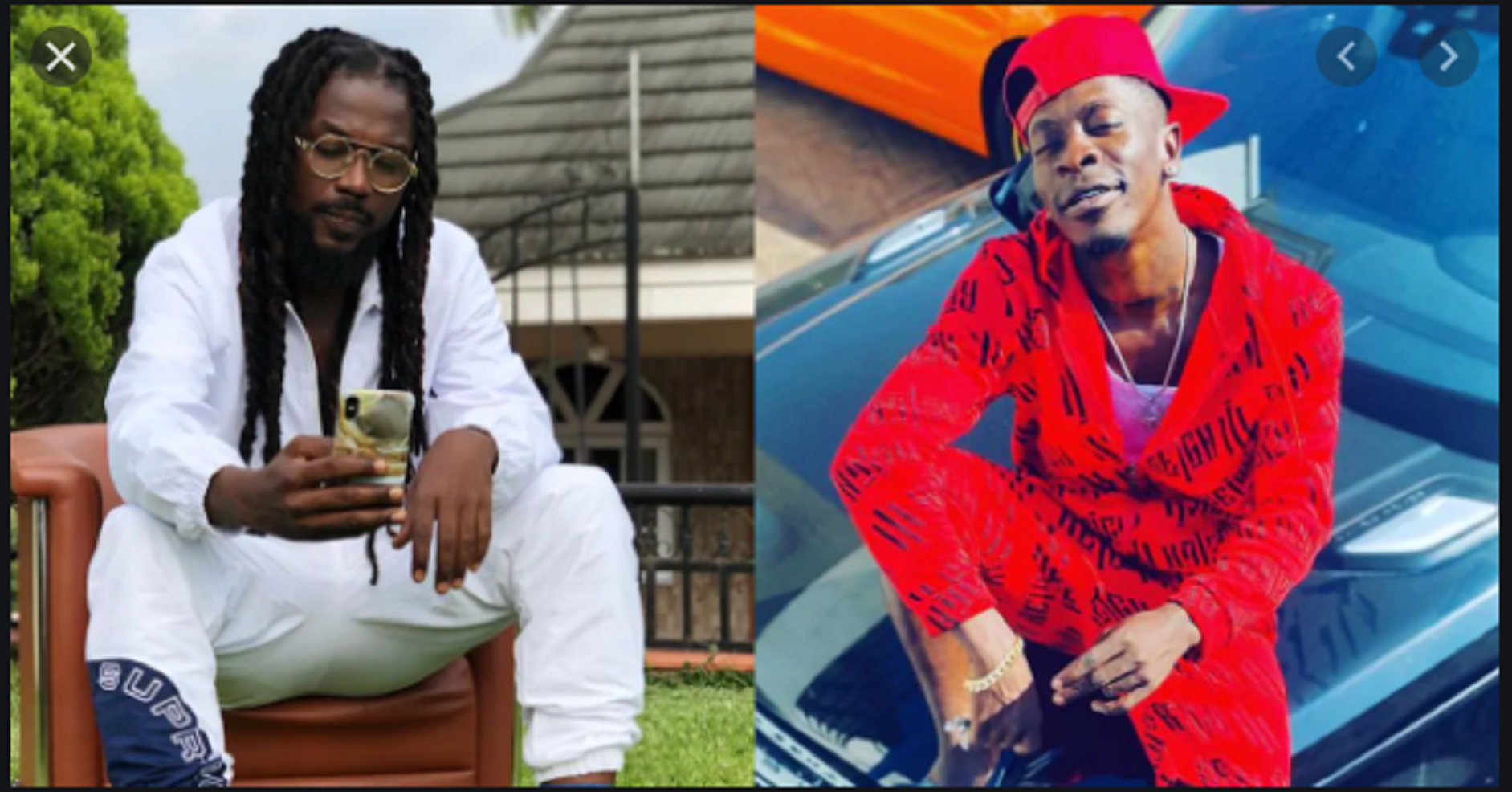 King of the street, Shatta Wale trolled Samini, claiming he is not prepared for a match but has called for something he cants play.

Samini in a previous post alleged that, Shatta Wale is riding and enjoying the fruit of NAM1 after his deal.

Read also: ‘Small Play We Dey Play I Chop Block From Oluu’- Fan Call On Shatta Wale After Been Blocked By Samini

He also continued that, its NAM1’s money that has helped Shatta Wale to be able to have all thosecars he fleet with.

This has made Shatta Wale to respond to Samini that, he is calling a wrong match at the right time.