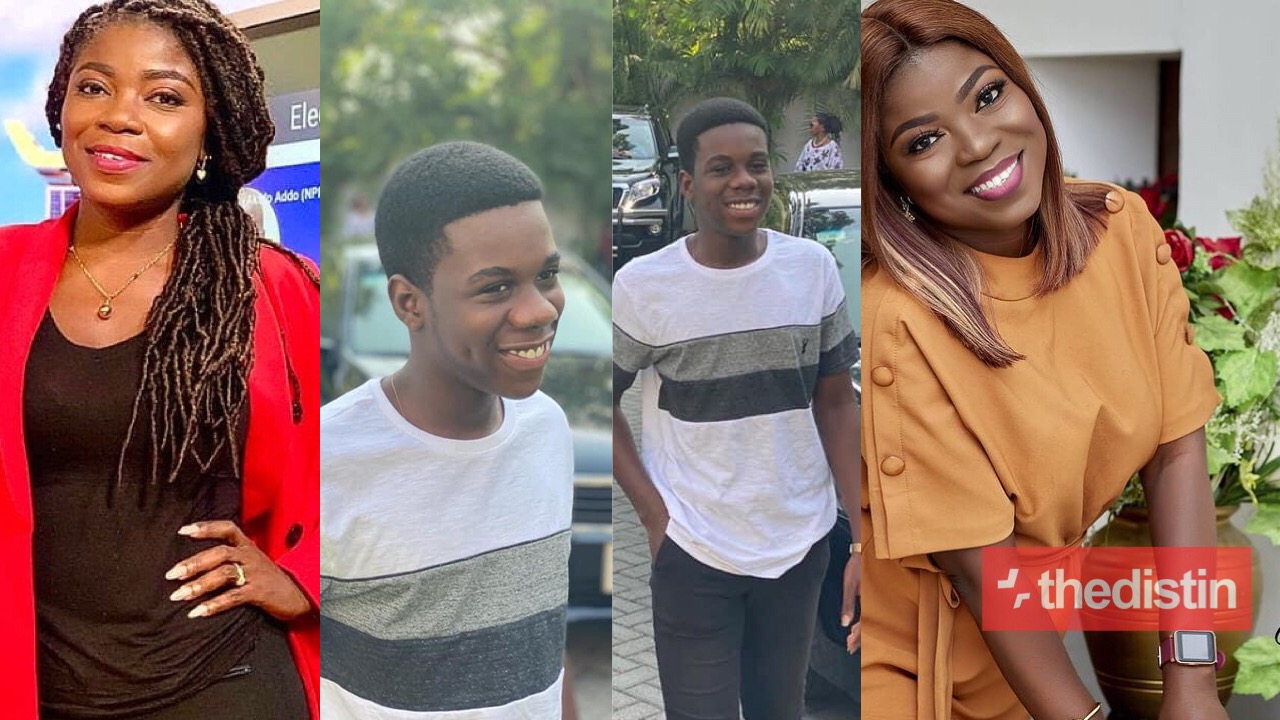 Head of Programs at Despite Media Group, Afia Pokuaa aka Vim Lady celebrates her son, Selorm on his birthday with adorable pictures.

Selorm turned a year older on Thursday, March 4 and his day was well commemorated by his mother, Vim Lady.

Read Also: Stonebwoy’s Wife Dr. Louisa Shares Unseen Videos Of Them Chopping Love As She Celebrates Him On His Birthday | Watch

The famous broadcaster who occasionally flaunts her family shared two cute pictures of Selorm and wondered how he has all of a sudden grown taller than her.

Vim Lady revealed that Selorm is the only one in her family who took his father’s dimples and asked for God’s blessings on him as she stated that he is also a brilliant boy in school.

Read Also: Kwadwo Safo Jnr And His Wife Akosua Safo Celebrate Four Years Of Being Married With A Lovely Video

. The only one in the family who took his father’s dimples 360 degrees. SELORM, We pray for God’s guidance for you. When you return from school we will have a Selorm party for your good performance in school. You are officially a big man

Below are pictures of Selorm, Vim Lady’s son:

After Vim Lady shared pictures of her son, many of her followers took beneath her post to also send their well wishes to Selorm.

In the midst of many celebrating Selorm, some ladies also chose that as an opportunity to shoot their shots.

Below are two of such comments:

Dede Nuicke also wrote “Can I be your sugar mummy”