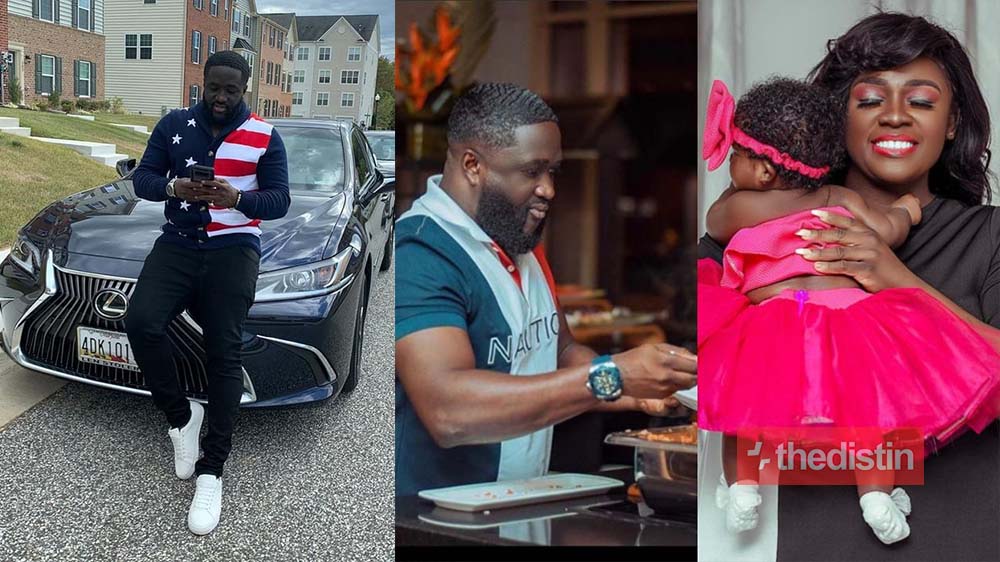 In her post, she detailed out how Kumawood actor Obrempong was responsible for Tracey Boakye’s current pregnancy and also the father of her daughter Nyhira.

Obrempong, normally we would have ignored this but you dragging innocent people in is a no go area.

Obrempong, when Tracey called you from Turkey and told you she was pregnant, was cutie on the phone with you?

When you decided to organize trumpeters to go meet your pregnant girlfriend [Tracey] at the Kotoka Airport, to celebrate the pregnancy codedly, was Cutie there?

You even told the trumpets etc that no one should snap her stomach cuz you don’t want it out etc. Didn’t you know that was even a hint? 🤔

The innocent gentleman you’ve been dragging into this didn’t even know Tracey was pregnant, talkless of being pregnant for you until you started apportioning blames on him and you know this.

Obrempong, why can’t you be bold and tell Tracey that you were the one that took the news about her pregnancy out and that’s how come we heard some.

Obrempong, if only Tracey knows her ish that you take out, she would have a 2nd thought.

Obrempong, Cutie or no one at team cutie juls was ever under your bed when the knacking was going on. Obrempong, tell Tracey how you’ve been telling people of how long you’ve been in Ghana and staying with Tracey prior to her recent trip to Turkey. Gentleman, please kindly leave us alone. No one insulted you or Tracey here. That pregnancy post was never an insulting post. And if you didn’t want it out, you should have kept it between yourself and Tracey. Thank you and have a beautiful week ahead ❤