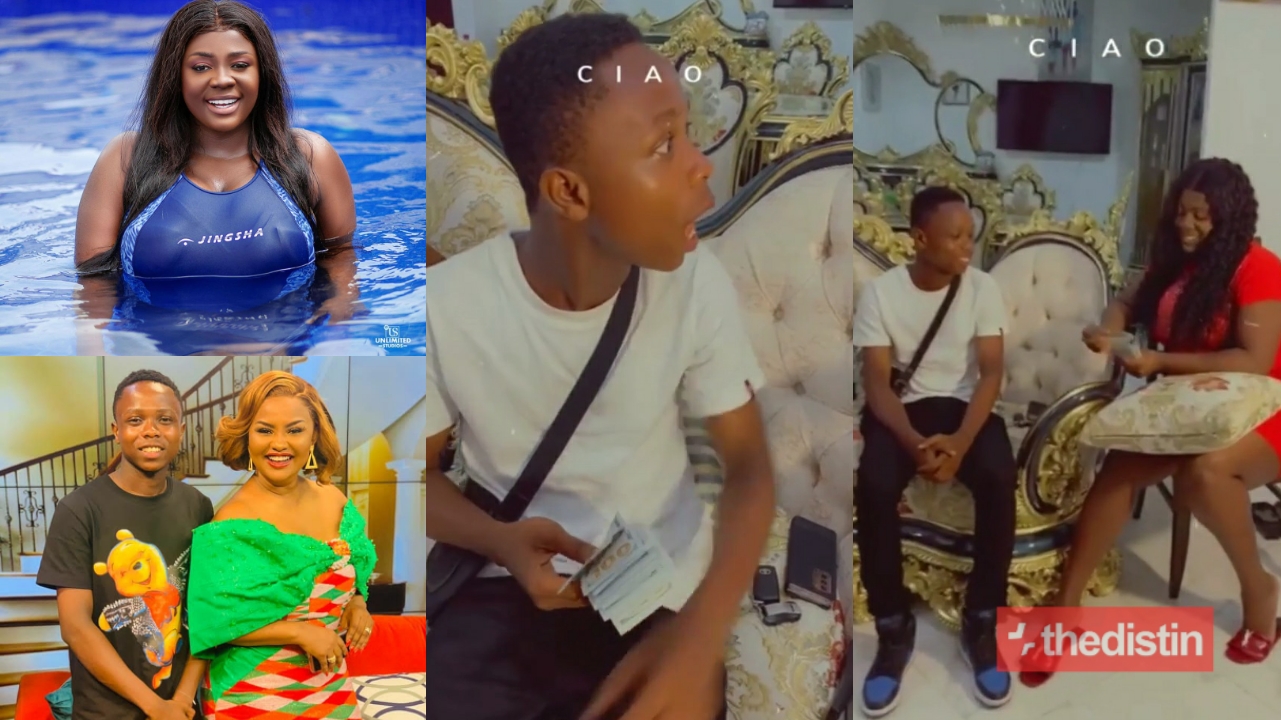 Apparently, Kyekyeku paid a visit to the newly acquired mansion by movie producer and actress Tracey Boakye and in his visitation he got a big surprise from Tracey Boakye.

Read Also: Just In: Obrempong Is The Real “Papano” Responsible For Tracey Boakye’s Current Pregnancy And Father Of Her Daughter Nyhira (Photos)

The actress dashed the upcoming actor with amount of $2000 to spend on himself.

In the video sighted by thedistin.com, the young actor thought Tracey Boakye was kidding, but she was actually being serious.

Kyekyeku then broke down in tears and showed his appreciation to Tracey Boakye for what she did.

She shared the video on her page with the caption;

I surprised @officialkyekyeku this afternoon at home. He almost cried. Awww I just love him. My screen husband.