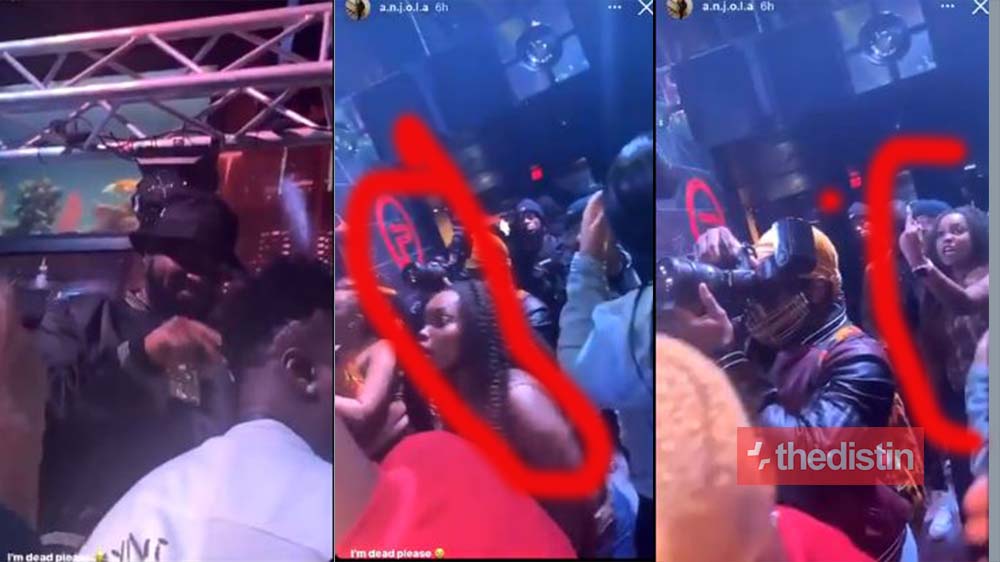 In the video, you will realize that the young lady was obviously not happy about something Davido maybe did to her because she was really angry.

Although Thedistin.com is not certain what Davido did but the lady was really pissed as she insults him multiple times.

She is also seen showing Davido the middle finger while she walks away.

Meanwhile, the “FEM” hitmaker and a member of his crew kept stirring at the lady as he makes fun of her knowing very well that she was angry.