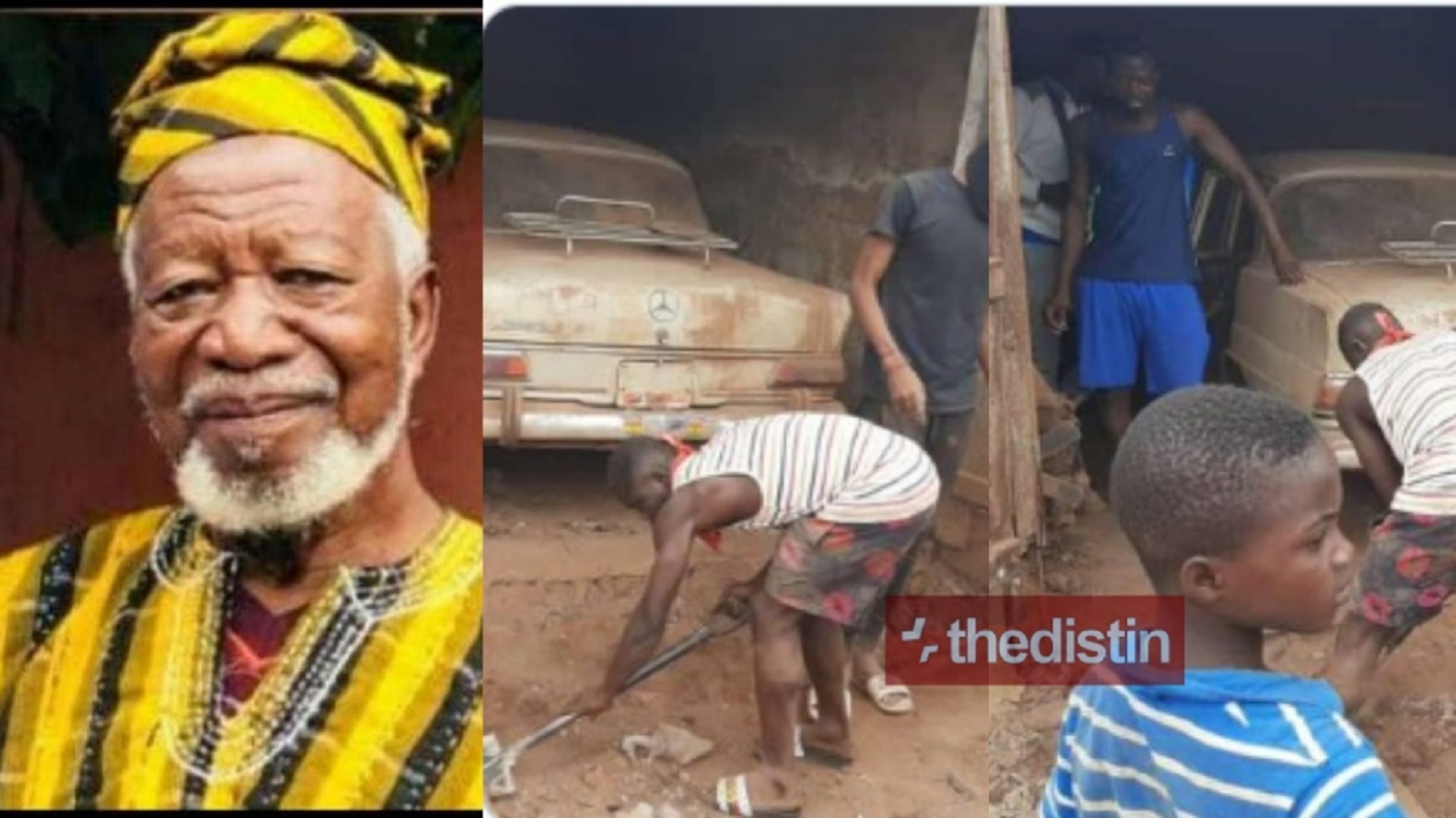 Ghanaian Sports Journalist Saddick Adams has made a shocking revelation of a wealthy man in President Rawlings’ PNDC regime who acquired a Mercedes Benz but had to it hide in a garage for 35 years.

Read also: “I ‘m Ready To Party” – Nigerian Woman Celebrates As Her Divorce Is Finalized

According to him, the man happens to be one of the richest businessmen in Brong Ahafo those days, with a slogan of Alhaji Agyaa as his name.

The car was popularly called “Alhaji Agyaa Benz,” because he was the first to acquire such an expensive car in those times.

However, after 3 decades of the car been hidden in a garage, it was forced opened by some youth who knew about the story.

The wealthy man is still alive even though former President Rawlings is no more among the living.

For those who grew in BA, this man was very rich and popular in the 1970-80s. He was the only millionaire who could acquire this Mercedez in the early 80s when JJ Rawlings was Military leader. Rawlings wanted to seize the car so the man made special metal garage to hide the car he’s still alive and healthy. Those days I remember when we pip through the garage to watch this car, we were told the car can flies it has machine gun. This man is a great man