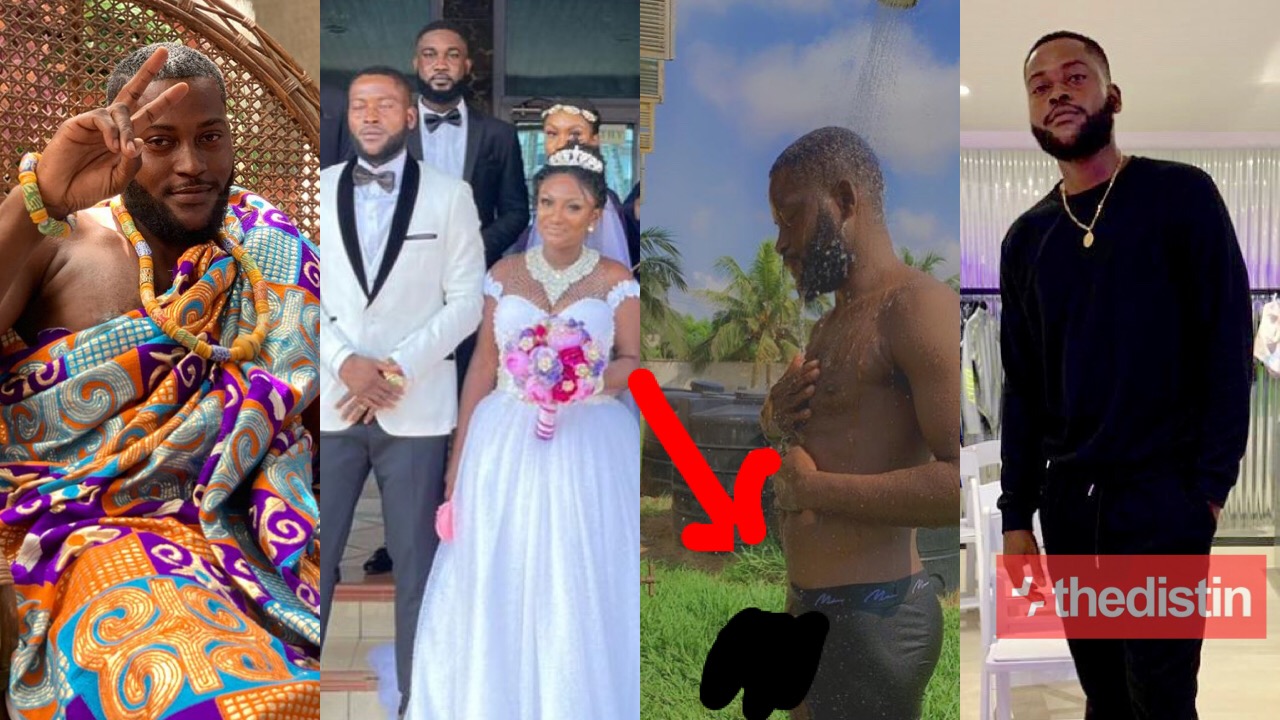 Hilarious reactions from Ghanaians after they sighted on a picture of Abena Moet‘s husband, Nana Yaw Essah showing off his big man.hood.

After pictures and videos from Okay FM’s Presenter, entertainment analyst, and social media commentator Abena Moet and her long time lover Nana Yaw Jayessah‘s wedding went viral, her hubby has caught the attention of some Ghanaians.

Nana Yaw Yayessah‘s Instagram handle was made known as many blogs tagged him in their posts about his wedding with Abena Moet.

Thedistin.com also took a look at Nana Yaw Yayessah’s photos, and we came across one in particular that he took while showering.

The picture captures Yayessah wearing only an underwear with his “distin” showing clearly.

Sharing the picture, Yayessah captioned it as below:

Jesus wash away my sins ….

To our surpirse, many netizens have sighted on the picture already and have commented beneath it.

Some of the comments were hilarious as majority overlooked his caption that reads “Jesus wash away my sins ....” but focused on his “distin”.

With shock in their reactions, many were happy for Abena Moet as one commentator said “Abena Moet go chop something sweet”