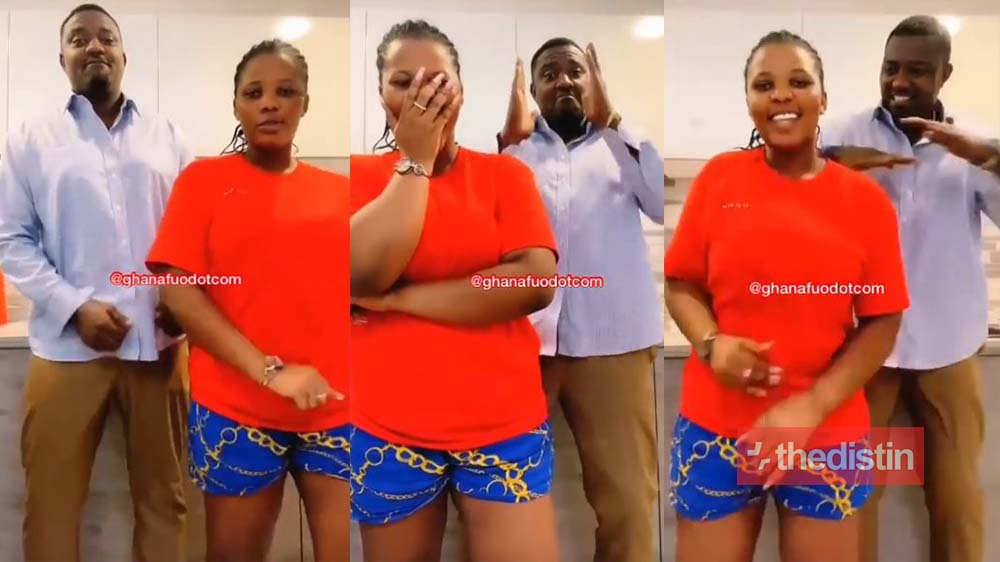 The actor is seen with a lady in front of the camera leading the whole slow motion dance.

Read also: Kennedy Agyapong’s Son Shows Love To Coconut Seller On The Street As He Buys Everything For Him To Go And Rest (Video)

While John was standing behind her, he decided to show us what he can do after the lady nailed it like a pro.

Funny thing is, the moment John Dumelo’ started dancing, the whole thing became a comedy show with him been the comedian.

If John Dumelo was not an actor, comedy won’t be a bad career for him at all since he loves ‘fooling’.

Read Also: Nana Ama Mcbrown Has Been Discharged By Accra Circuit Court After Assisting The Court In Bulldog’s Case | Video

Below are some funny comments after seeing the video