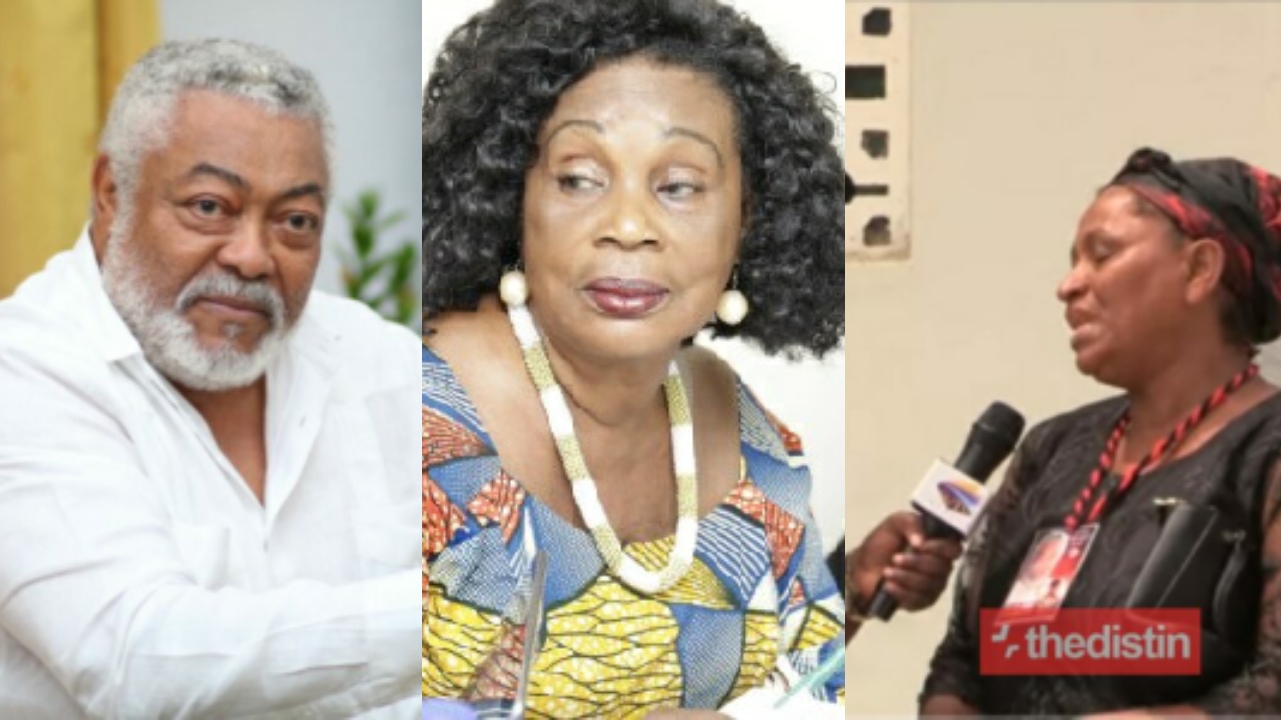 Veteran Ghanaian actress Grace Omaboe popularly known as Maame Dokono has finally reacted after an alleged daughter of the late President Jerry John Rawlings said that she helped her run away.

Last year, a 52 year old woman identified as Abigail Rawlings claimed she is the daughter of the late President Jerry John Rawlings.

Sharing her story, the 52 year old woman said that her mother and former President Rawlings were lovers when he was enrolled into military school.

According to her, she confided in Maame Dokono but she informed her if anyone hears what she’s saying, she might be killed, and as such gave her some money to move out of town.

Read Also: Kennedy Agyapong’s Son Shows Love To Coconut Seller On The Street As He Buys Everything For Him To Go And Rest (Video)

Veteran Ghanaian actress Grace Omaboe in an interview with Fiifi Pratt on Kingdom reacted to the allegations made by the alleged daughter of Rawlings.

Maame Dokono disclosed that she has a good relationship with the Rawlings family especially Nana Konadu Agyeman Rawlings.

Read Also: Nana Ama Mcbrown Has Been Discharged By Accra Circuit Court After Assisting The Court In Bulldog’s Case | Video

She indicated that she doesn’t remember giving the alleged daughter of Rawlings money to move out of town.

She added that the alleged daughter of Rawlings has mental problem.