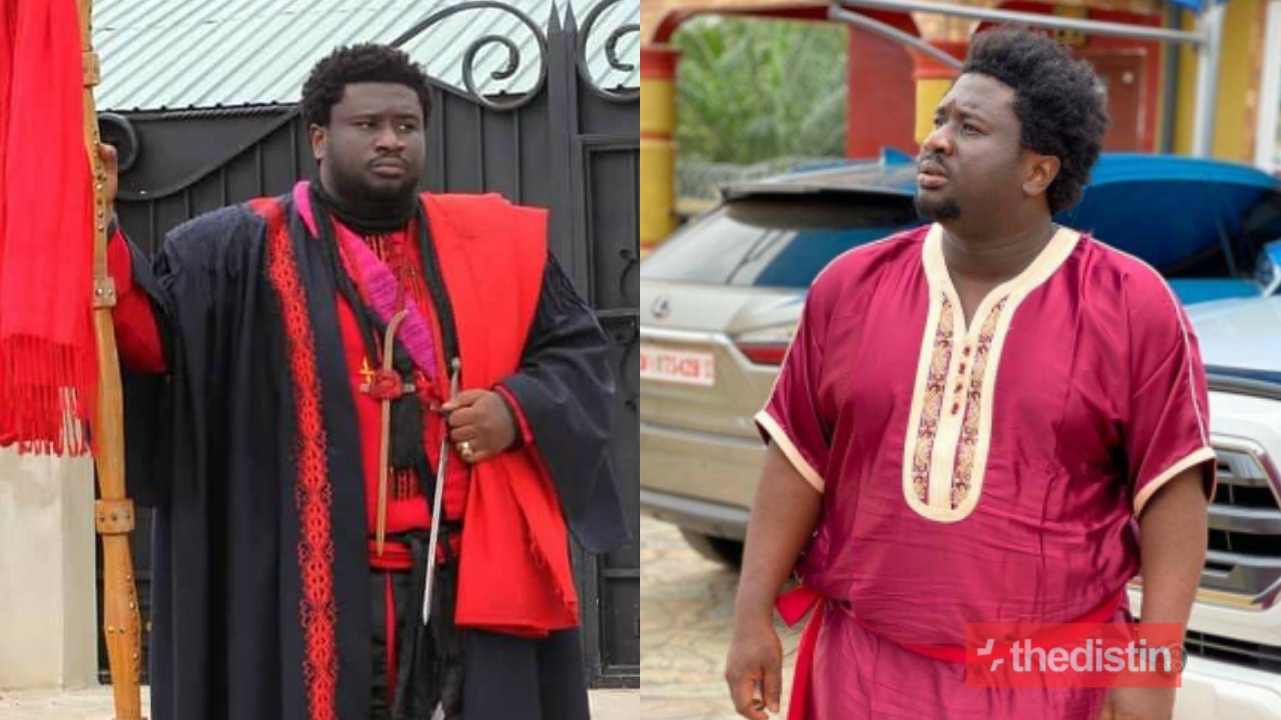 The leader of Universal Spiritual Outreach Kwabena Asiamah also known as Ajagurajah has attributed men in general to that of a dog.

In an interview with Zionfelix, the popular man of God said that every men is a dog including himself.

This statement came after a slay queen came to his church with her problem.

According to Kwabena Asiamah, a part of the slay queen was getting rotten and she came to his church to get the problem solved.

Apparently, the wife of married man whom she was having an affair with had done something to her.

Ajagurajah indicated that the slay queen said to him that no matter how many she sacked the married man he always came back to her, begging and crying to take him back, and this makes her very sad, so she then accepts the married man back.

In citing this example, Ajagurajah advised women that every man is a dog and that they should learn how to tame them.

He added that if a woman learns how to tame his man, he understand her voice and be with her.