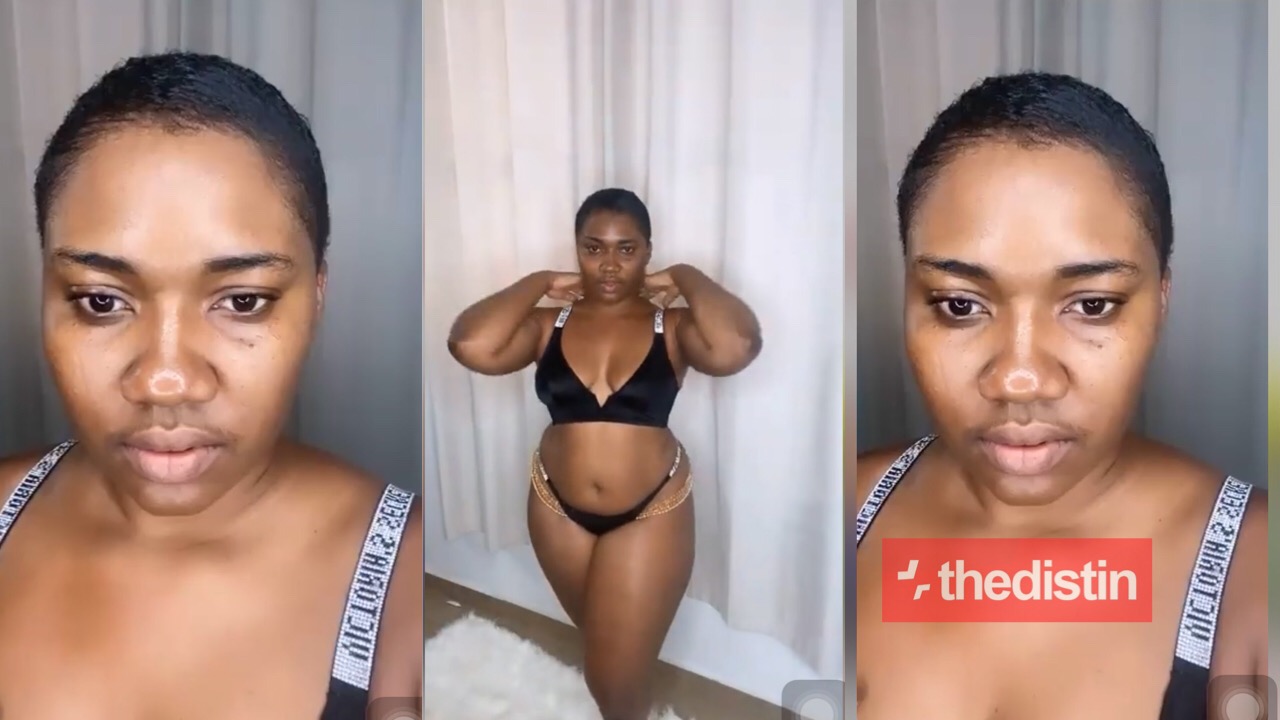 Ghanaian TV presenter and former staff at Media General, Nana Abena Korkor Addo has dropped a new mouth-watering video in lingerie amid being sacked by Tv3.

Unbreakable Abena Korkor who on April 2nd was trending on social media platforms because she was crying and narrating how her contract with Tv3 ended and fear of not being loved has made the news again over her new hot video.

Read Also: Abena Korkor Cries Bitterly As She Loses Her Job With Tv3 And Fear Of Not Getting A Lover After She Shared A Nvde Video

Abena Korkor has shared a new video on her Instagram page that shows her only in bra and underwear.

Sharing the video, Abena Korkor who was playing Beyonce’s “1 + 1” hit song listed some to brands and requested them to make her their ambassador.

Read Also: Abena Korkor Who Was ‘Sacked’ From Tv3 After Releasing A Lingerie Video Drops A New Semi-Nvde Photo

She captioned her post as “Embracing all of me.If I ain’t got me…I am really looking forward to an ambassadorial deal from“.

The video cannot be uploaded on this site but to watch it, click here.