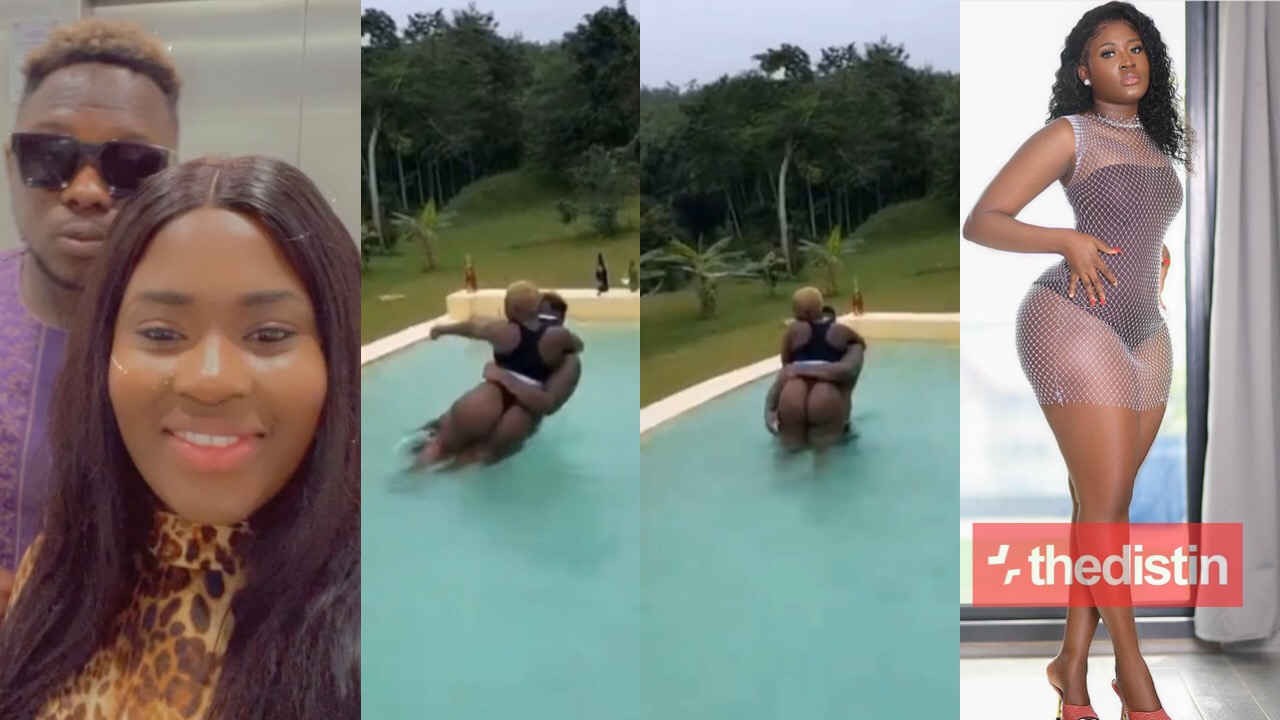 Rapper, Medikal proves his strength by carrying and grabbing his wife, Fella Makafui‘s heavy backside into a pool as they go on ‘baecation’ on his 27th birthday.

Medikal has turned 27 years old today, Monday, 5 April, 2021 and has received well wishes from his loved ones and family.

Thedistin.com has earlier reported when, Fella Makafui decided to take her husband on a birthday getaway to spend some quality time with him.

Fella Makafui brought out expensive gifts she had bought for her husband and placed them on their hotel bed.

Medikal upon arriving and seeing the gifts was super appreciative for what his wife Fella Makafui did for him, click here to watch the video.