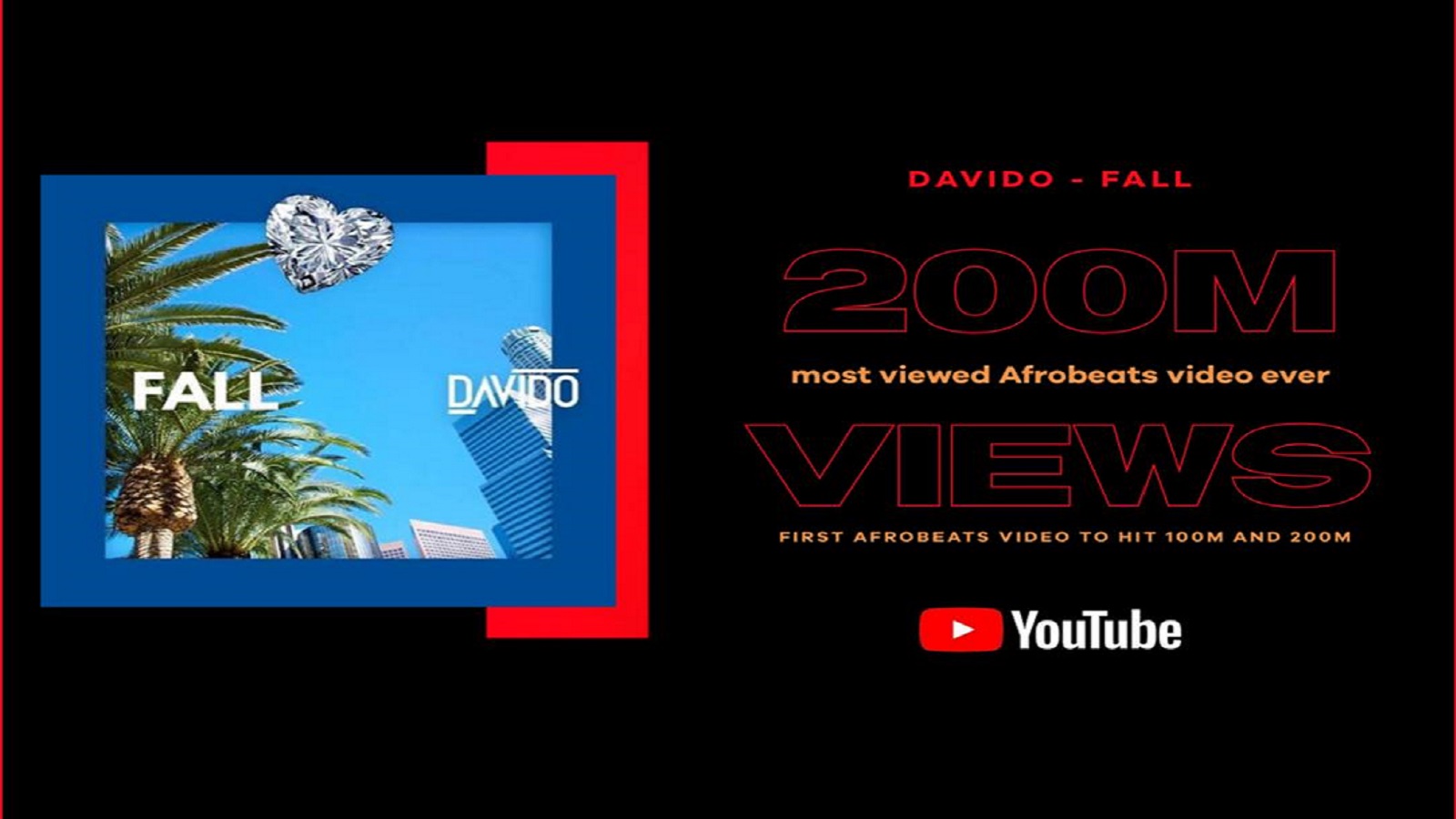 Nigerian Superstar Davido has recalled the moment he and Kiddominant were recording the music video of ”Fall”after it has set records on YouTube.

Read also: Davido’s ”Fall” Almost Eligible For Platinum Certification In The US (RIAA)

According to him, they were just joking with the recording and making fun while recording yet it has become the first Afrobeat music video to record over 200 Million streams on YouTube.