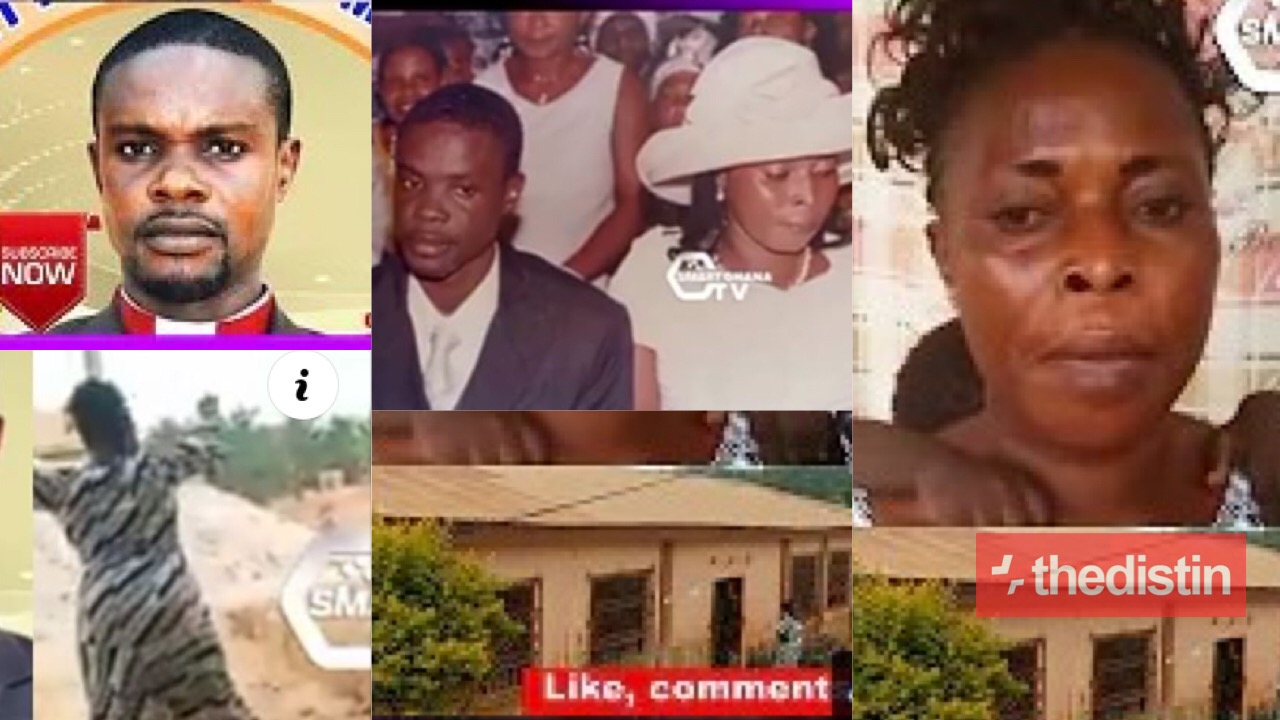 A 45 year old Nana Akua has invaded, ransacked and locked her husband, Apostle Patrick Owusu’s church (Power Light Anointing Ministry International) after she noticed he has married someone else secretly.

The incident occurred at Mpatuom in the Ashanti Region while the pastor was praying with some of his church members.

The wife of a Ghanaian pastor says she caught her husband in an intimate relationship with the church’s organist ex-girlfriend.

Nana Akua said she has toiled for him in marriage for over 13 years.

According to her, when she met the pastor, he didn’t have any money and his church was built with wood with small members.

According to Nana Akua, her husband, Apostle Patrick Owusu, told her to lend him money so he could run his church business, and if things work out well for him, he would use the money to marry her.

Nana Akua said she then agreed and gave him the money and promised to pay him back.

The enraged wife went on to say that her husband had cheated on her and married another woman without her knowledge.

This man asked me to use the money I had gathered over the years to build my house to lend him so that he can marry me. He promised to pay me back. And because i loved him, I agreed. He went ahead to not only cheat on me but marry another woman without my knowledge! Is that what a man of God does? He’ll never have peace for what he did for me!

Watch the video for more: