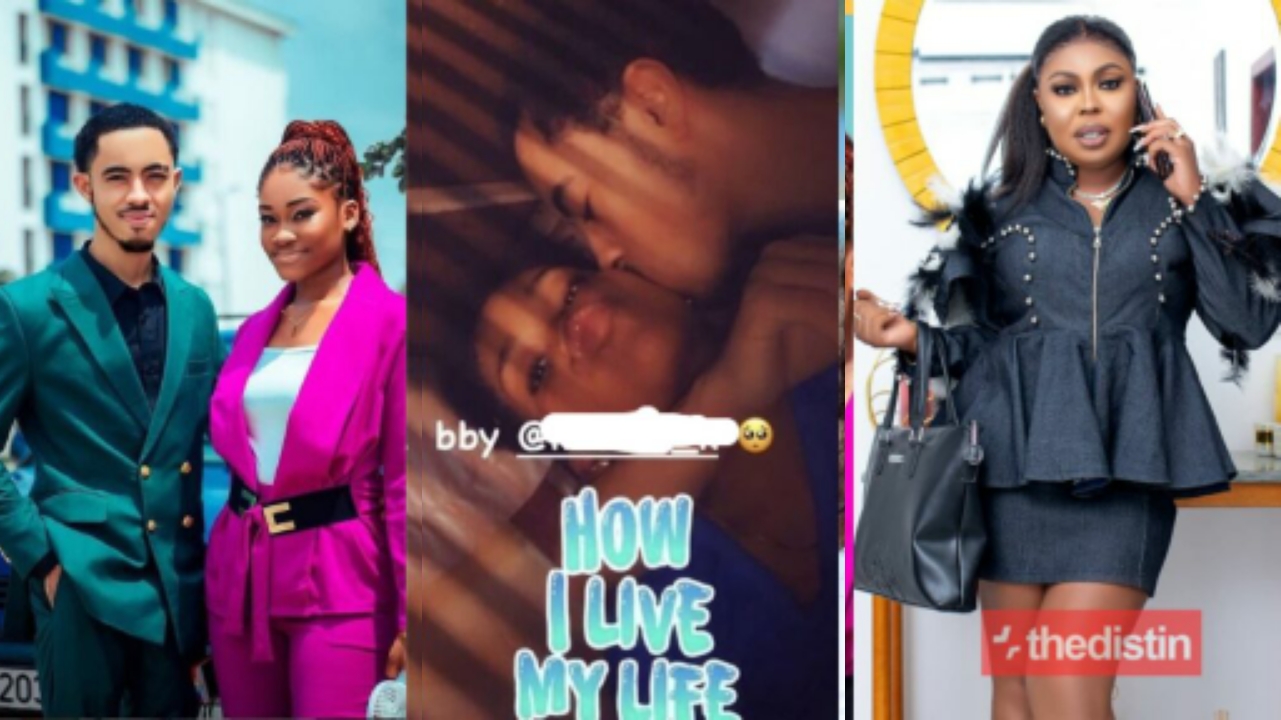 The controversial Afia Schwarzenegger has disclosed how she disciplines her kids especially her twin boys if they misbehave.

Some weeks ago, Afia Schwarzenegger’s son James Ian and his girlfriend Naa Koshie caught the attention of social media users after their loved up photos surfaced online.

Afia Schwarzenegger was not happy about what was going between his son and the girl on social media and as a result caused his son to break up with his girlfriend, Naa Koshie (Click Here To Read)

In an interview with Zionfelix, Afia Schwarzenegger said that she doesn’t play with her kids and further revealed how she queried her son, James Ian, and his girlfriend Naa Koshie after photos of them surfaced on social media.

According to Afia, she sent her two boys to school to learn and not to find wives.

She indicated that she made her son James to kneel down at Kotobabi filling station and left him there for a meeting.

According to her, someone called her 5 hours later to inform her that her son was still kneeling down at the filling station, and she told the person to inform his son that he can go back to school.