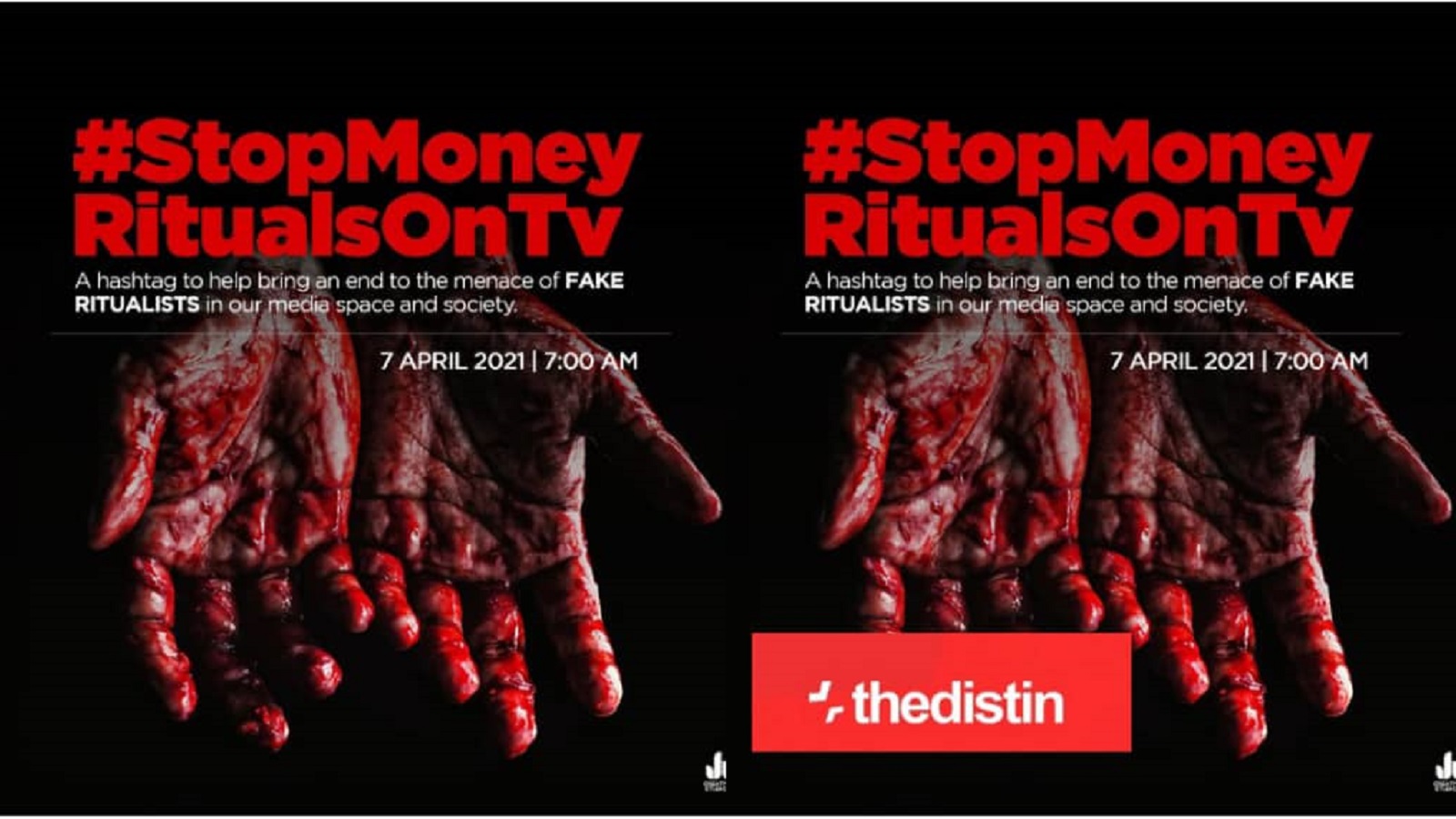 Netizen set to use social media platform (Twitter) to fight against the current trend of money rituals been advertised on various Television stations in the country.

According to them, the rate at which some TV stations are been allowed to advise these money rituals leading to the death of many people is so alarming.

This agenda came after a 10-year-old class 4 boy was killed by colleagues teenagers, 15 and 17 years boys for money rituals.