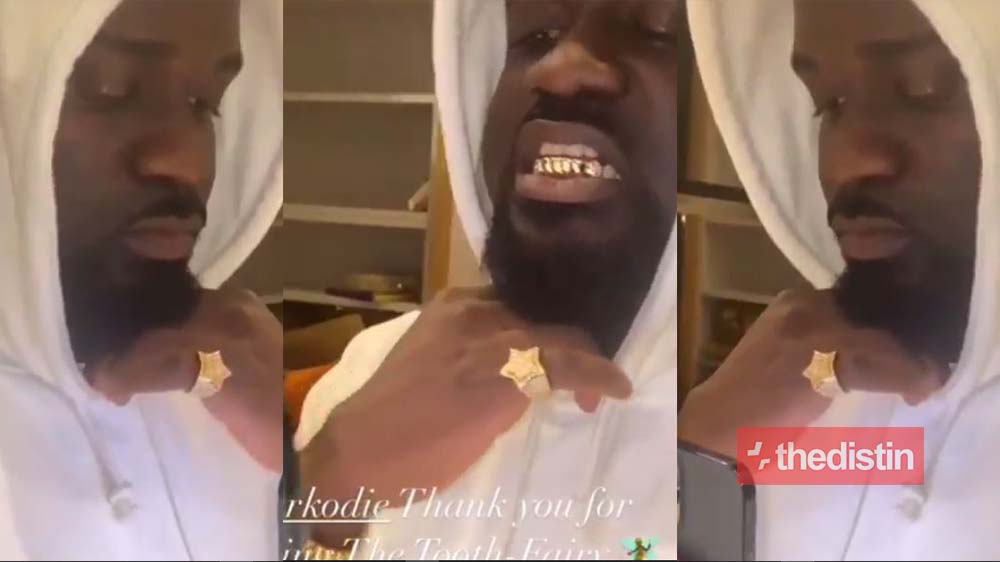 The rapper is normally not a fun of these things but things are gradually changing as he starts smoking tobacco and now fixing of gold grillz.

Over the years, Sarkodie has shown the world and his fans that although he is a hardcore hip hop artist, he does not like to live the way most of them do.

However, he is gradually telling the world that, if he wants to do it, he will do it way better without being controversial.

The rapper after acquiring these new body accessories or jewelries decided to ‘pull small pressure’ like he mostly does.