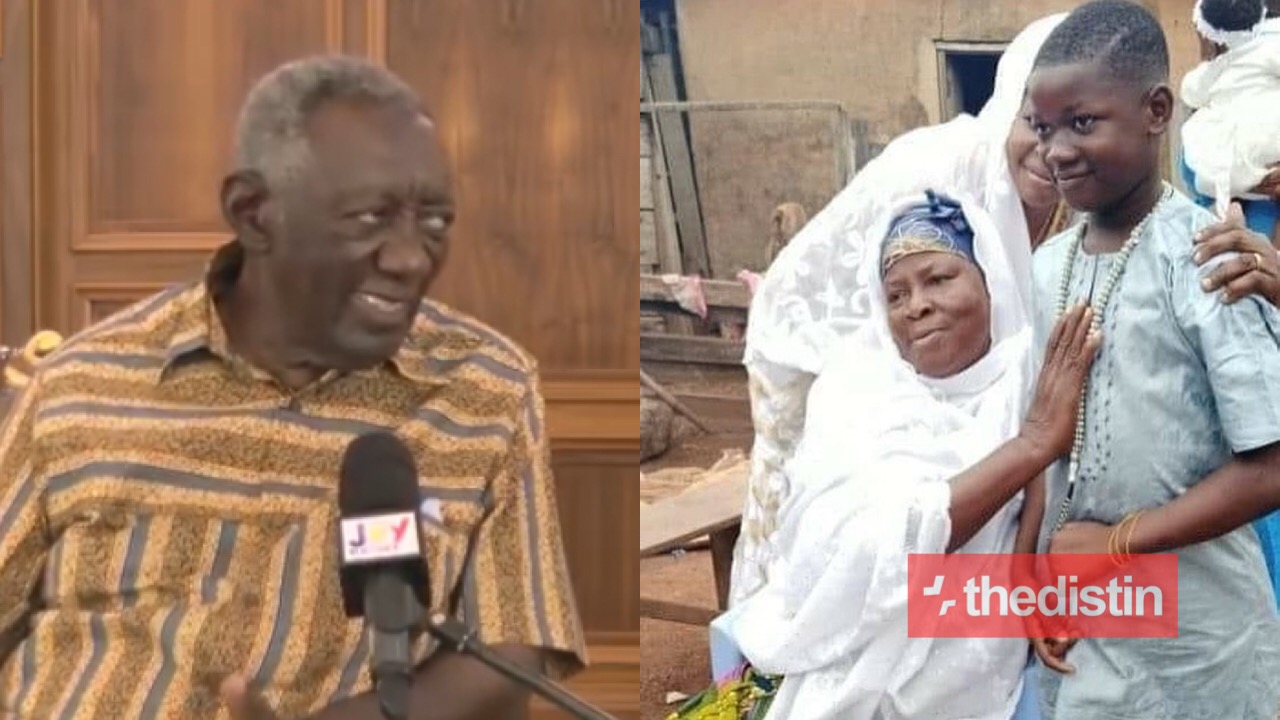 Former president Kufour has joined the tall list of personalities who have reacted to the death of 10-year-old boy who was killed by two teens at Kasoa.

According to the former president, the two teens know nothing about life. Former president Kufour went ahead to blame the media and community leadership.

Read Also: “We saw a juju man on tv who told us to bring human and Ghc 5,000” – Kasoa Young Boy Killers Say In Court (Video)

Former President Kufour said that the media’s exposure of these fraudsters should not be promoted, as it breeds actions such as those perpetrated by the two teen suspects.

Former president Kufour tagged these Mallams, Juju Men as “bad” and “ignorant” who are defrauding societies.

Read Also: Forbes Releases The Top Ten Billionaires In The World – Checkout Their Net Worth, Source Of Wealth And Their Residences

Former president Kufour called on authorities; social and community leadership and the media to come out and tackle these fraudster who are virtually hijacking the airwaves with worthless promises and eradicate them as early as possible.

Read Also: Cute Photo Of Ismael, The 10-Year-Old Boy Who Was Murdered By Two Teens In Kasoa, And His Mum Pops Up

Also, Cute picture of the Ismael, the 10-year-old boy killed by two teenagers at Kasoa, posing with his mother pops up after his death, click here to see the picture.