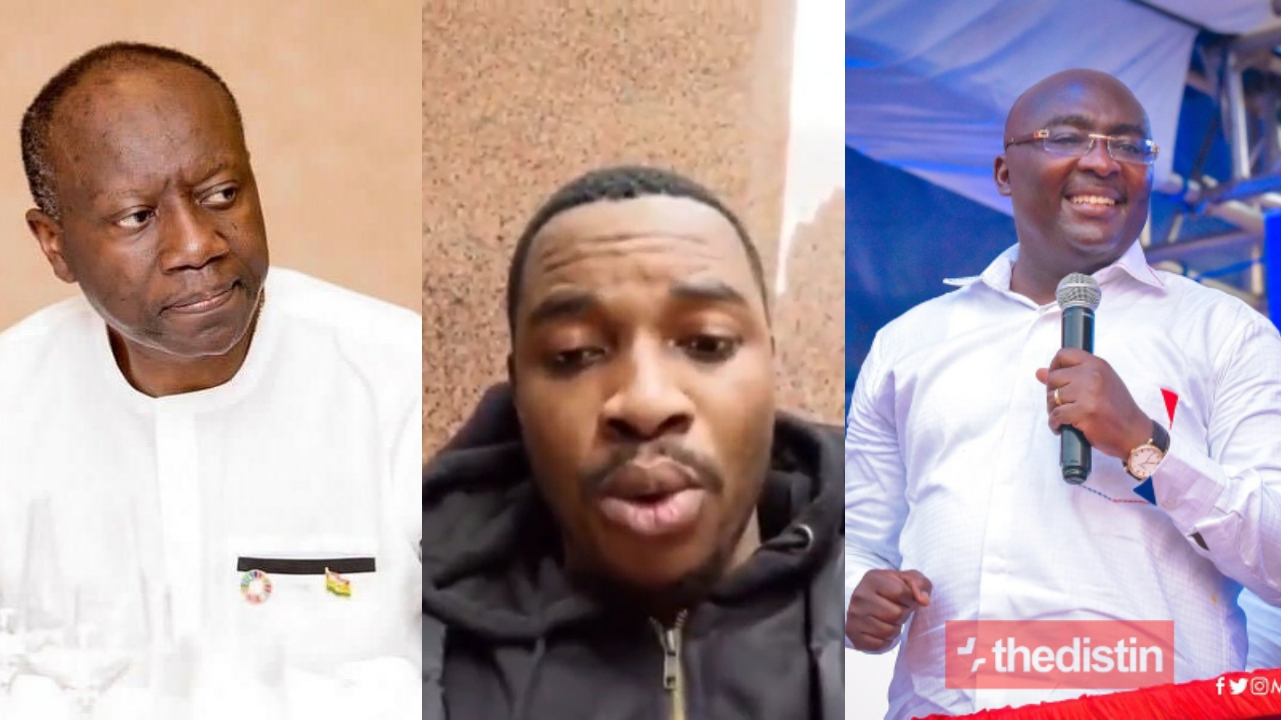 The Ghanaian who is based in the USA has been sending some strong words to Ghanaian leaders.

In his new video shared on his Instagram page, Twene Jonas sent out a strong warning to Bawumia and Ken Ofori Atta.

According to him, none of these persons who should ever fly out of Ghana to a foreign to receive medical treatment.

Read Also: My Ex-Boyfriend Dumped Even After I Gave All My Money To Him An Bought Him A Phone – Singer Akiyana Reveals

He goes further to say that Ghanaian leader are fools and aren’t doing anything to make the livelihood of Ghanaian better.