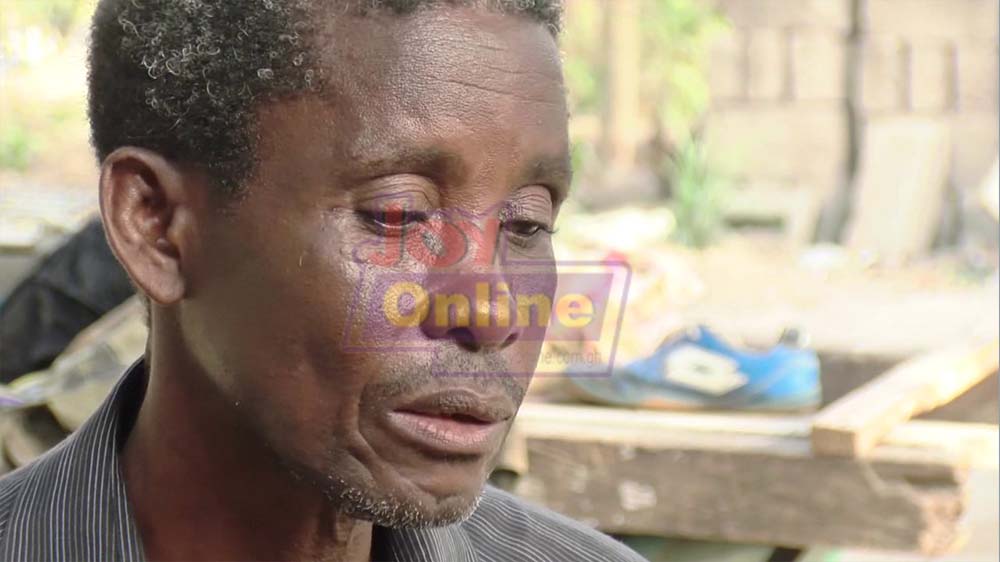 Noah Kini, the grandfather of the 18-year-old suspect who has been arrested in connection to the Kasoa ritual murder has disclosed his grandson Nicholas Kini is a thief and was once arrested for stealing $10,000 from is employer

Although some residents in the area claimed Nicholas Kini’s first arrest was related to a defilement case, his grandfather refuted the claim saying it was rather related to theft.

Read Also: Family Of Ishmael Break Down In Tears As Body Of Their Son Is Brought Home For Necessary Rites To Be Performed | Video

According to Mr Kini, his grandson some four months ago was arrested for stealing an amount of $10,000 from his employer and had to spend a few days in police cells before he was discharged.

Describing his grandson as one who used to be a ‘good church boy’, Mr Kini told JoyNews’ Maxwell Agbagba that the behaviour of the 18-year-old suspect changed when he started associating with what he described as bad company.

About five young boys worked with this Alhaji, but the day, Alhaji asked Nico to go and sweep his hall, the employer later complained that his money was missing. And since Nico was the one who had gone to his hall that morning he was accused of the theft.

I refused to believe it. Nico himself wanted us to visit a shrine to settle the issue, because in this area that is how we find who is actually guilty of thefts

18-year-old Nicholas and his accomplice, Felix Nyarko, 16 have been remanded into police custody for allegedly killing a 10-year-old boy Ishmael.

The visibly worried guardian said earlier that day, his grandson had complained of heartaches and pleaded to rest for the day.

Thus, it came as a surprise when he received information that his ward had committed such a heinous act.

It was around, 10:30 am to 11:00 am when someone came here to inform me that Nico and another teenager have killed somebody. I was confused, but I have nothing to say

Grandfather of the young suspect said there is currently a rift between him and the father of the Nicholas’ accomplice.

He revealed that the 16-year-old Felix stole his father’s money and brought it to his grandson for them to buy a mobile phone.

Some years ago, Felix stole his father’s money and brought it to this house, that cause a huge fight between him and his father. So I even warned him [Nicholas] to stop associating with Felix