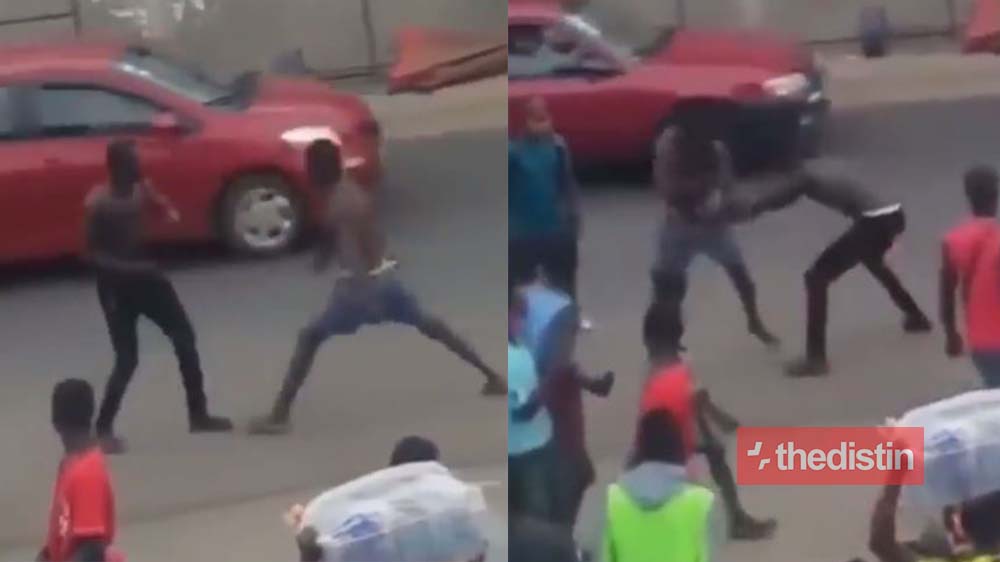 Read Also: Family Of Ishmael Break Down In Tears As Body Of Their Son Is Brought Home For Necessary Rites To Be Performed | Video

In a new video sighted on social media, two young men were seen angrily fighting each other without their shirt on before a large number of people.

They might have taken off their shirt to face each other and prove who is stronger than the other.

The funny thing is, the guy who was looking smaller and shorter was beating the taller and more muscular guy like a child.

While the taller guy concentrated on holding the short guy’s leg to put him on the ground, the other guy kept throwing punches with most of them landing his face.