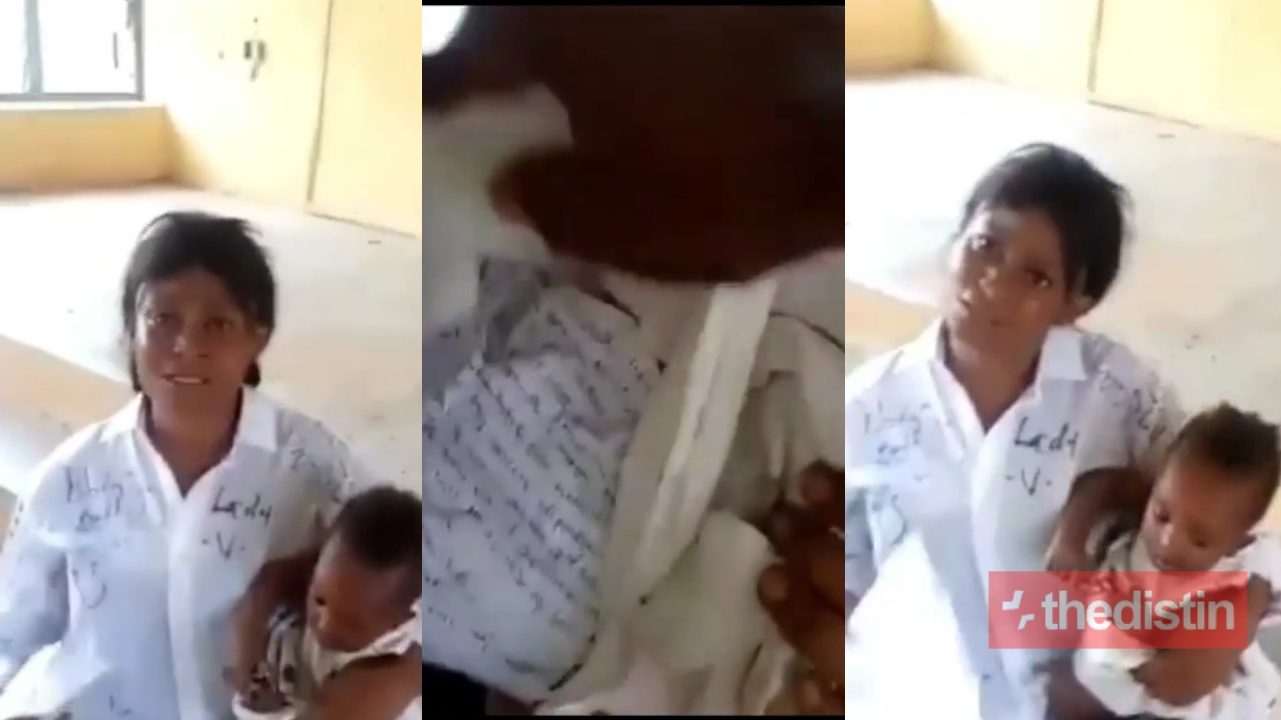 A mother has been caught by an invigilator after she was caught using her daughter to cheat during an examination.

In the video circulating on social media, the mother was denied initially that she was not cheating during the exam.

Read Also: Nana Yeboah Blasts Abeiku Santana For Asking If He Gets Erection After Asking If He’s A G@Y On Live Radio | Video

However, upon raising the dress of her daughter, the invigilator found out that the mother had written notes and placed it on her daughter so she can cheat.

The woman after being caught by the invigilator knelt down to plead with him not to report her and prevent her from writing the exam.