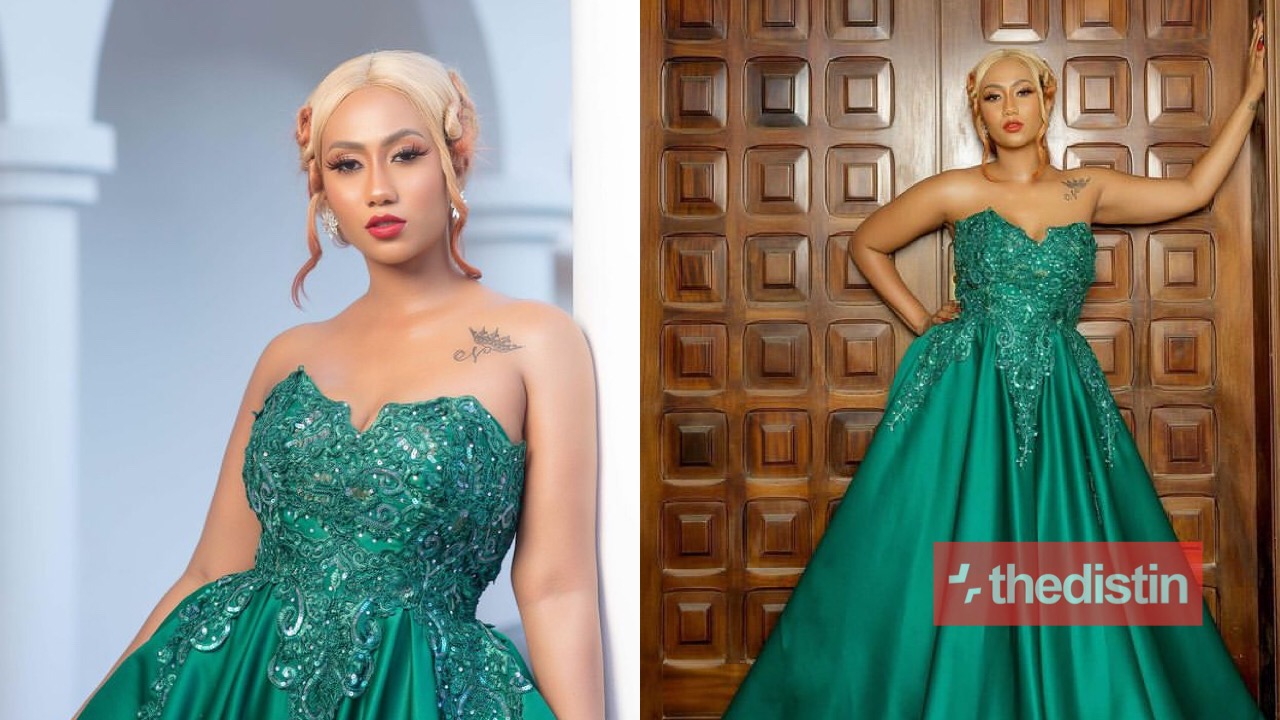 Ghanaian fashionista, entertainer and now musician, Hajia4Real in an interview on BBC News Pidgin has revealed for the first time the man she is dating, debunked plastic surgery rumors as she speaks more about herself.

Popular socialite turned musician, Mona Montrage aka Hajia4Real has disclosed that she has plans of going under the knife someday to enhance either her b^tts or B^obs.

Hajia4Real made this revelation in a chat with BBC Pidgin, as she dispelled the assertions that she has already undergone some surgery to enhance her body which is pretty banging already.

According to the mother of one, even though she has not done so yet, she has plans to do it someday.

The “Badder Than” singer added that there is totally nothing wrong with any lady deciding to go through plastic surgery to get the body she wants in order to be very confident in herself.

Contrary to rumors out there that she is dating a rich ‘sugar daddy’ who has been sponsoring her supposed lavish lifestyle, the popular Ghanaian socialite claims that she is going out with a very young man, who is a businessman.

“I am in a relationship… ermmmmmm, I mean, he is a young business,” Hajia4Real replied when asked about her boyfriend.

Hajia4Real revealed this when she was asked about the man in her life during an interview with BBC Pidgin not long ago.

Even though she already has an adorable daughter already, Hajia4Real disclosed that her current fiancé is not the father of the child but they have no issues at all.

Watch the full video below for more