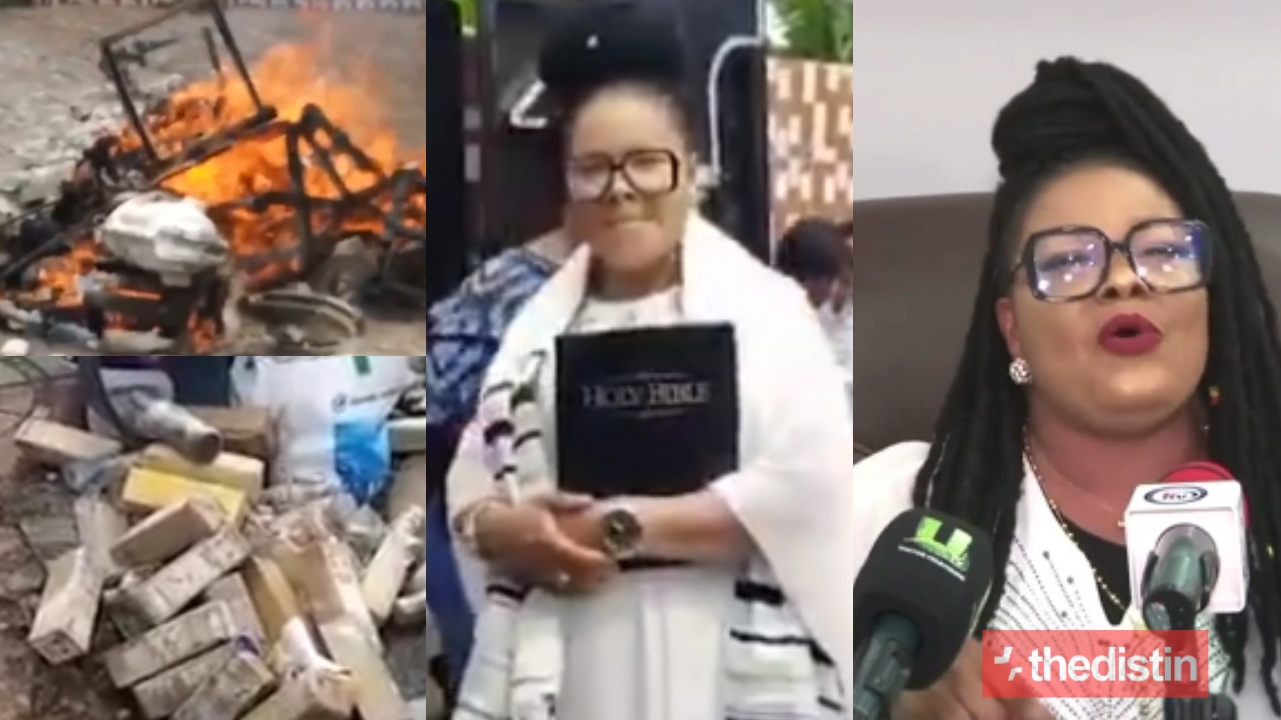 The popular fetish priestess, who was arrested a week ago concerning her Sika Gari activities on TV, in a press conference after she was granted bail revealed that he has repented from her evil ways.

Read Also: Some People Received Money On My Behalf But I Haven’t Received Anything – Akuapem Polo Says | Video

According to her, she is now an Evangelist and that her new name is Evangelist Patricia Oduro Kwarteng.

In the press conference, she mentioned that she will with help of some pastors and the media present to destroy the Sika Gari gods.

Well, Nana Agradaa has kept her words as early this morning Nana Agradaa with her husband and some men of God and, the media went to the residence which had the gods to destroy them.

In the video spotted by thedistin.com, the supposed Sika Gari gods are set ablaze in the full glare of the media and other person present.