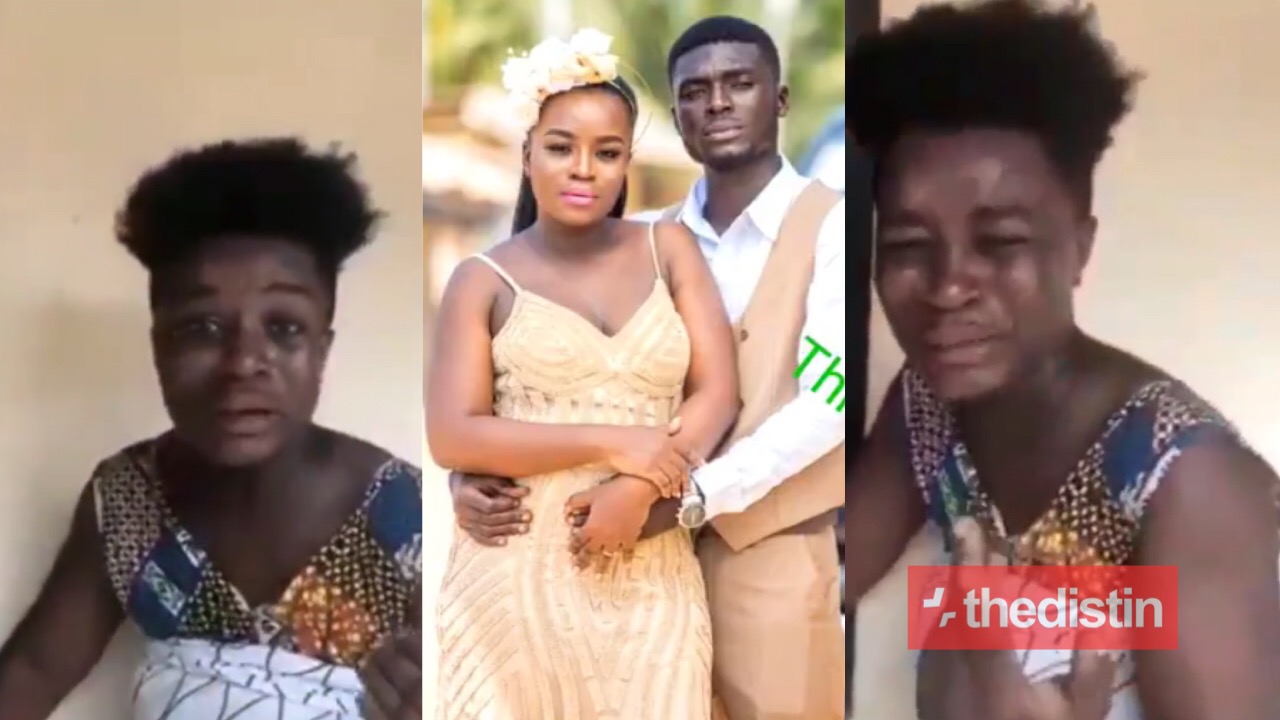 A picture of Mr. Stephen Adu, the husband of former student of Wesley Girls Senior High School who is spotted crying for justice after he allegedly assaulted her pops up online.

Thedistin.com had earlier pressed on when the mother of two who is also an alumna of the University of Cape Coast (UCC) and Wesley Girls was captured on camera shedding uncontrollable tears, claiming that her husband abused her.

The woman discloses that she has been married for less than two years to one Stephen Adu who is from quite an affluent family.

”I’ve been married for less than two years. My husband is Stephen Adu … His family is quite affluent. He did this to me. I have two kids with him. I don’t have money for a lawyer, I’m from a poor home,” she said while crying.

According to her, she depends on her husband for her financial needs because he did not want her to work.

She called on human rights organisations and other influential institutions to come to her aid because she’s vulnerable and needs help, click here to watch the full video.

Thedistin.com has chanced on an alleged loved up picture of the woman and her husband.

In what looks like a wedding ceremony or an event which the estranged couple attended, they were cladded in a beautiful outfit.

Below is the alleged picture of the gentleman named Stephen Adu: