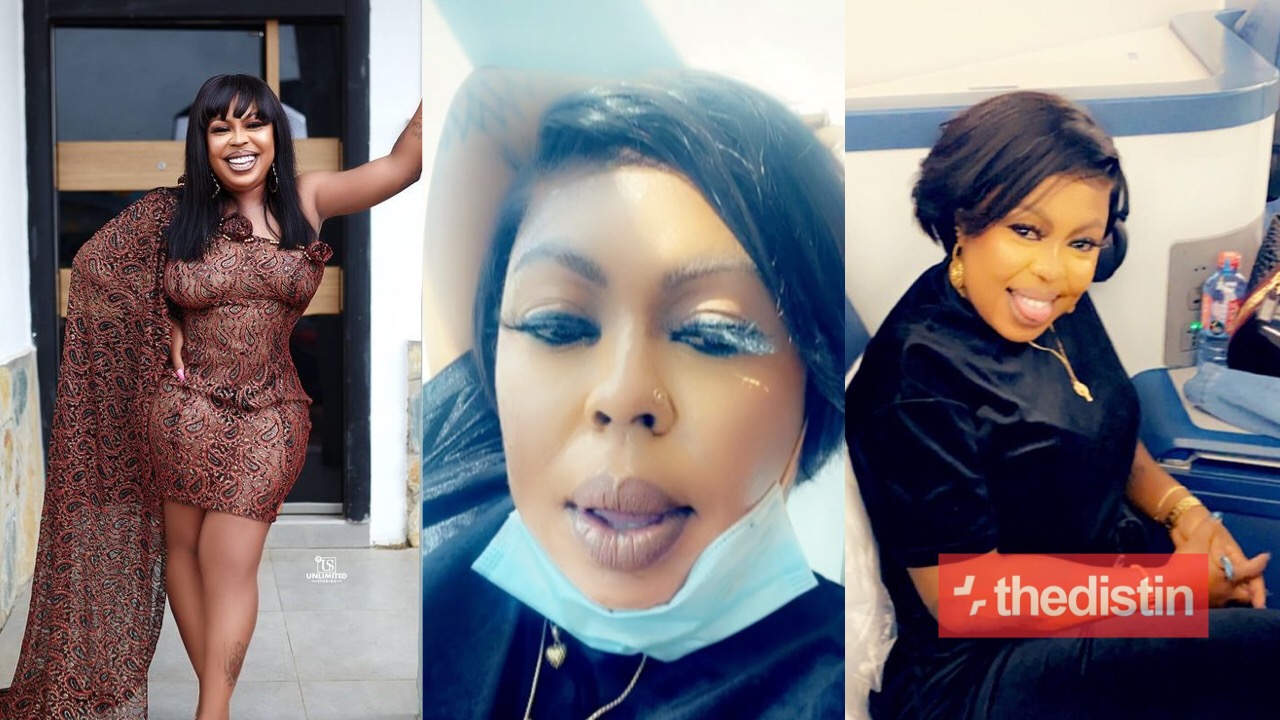 Loudmouth media personality, Afia Schwarzenegger has spoken after she arrived at USA for holidays despite being warned by sons and daughters of Dr. Kwadwo Safo Kantanka after she insulted him.

According to Afia who used unprintable words on the powerful man of God and automaker, he shouldn’t have employed Mona Gucci on his Television station for her even make her (Afia) a topic of discussion on her Link Up talk show.

Afia Schwar’s attack on Kantanka made his sons and daughters furious as they also blasted her and even those living abroad vowed to deal with her should she steps foot in US.

Well, Afia Schwar touched down in US yesterday and has dropped her first video upon her arrival.