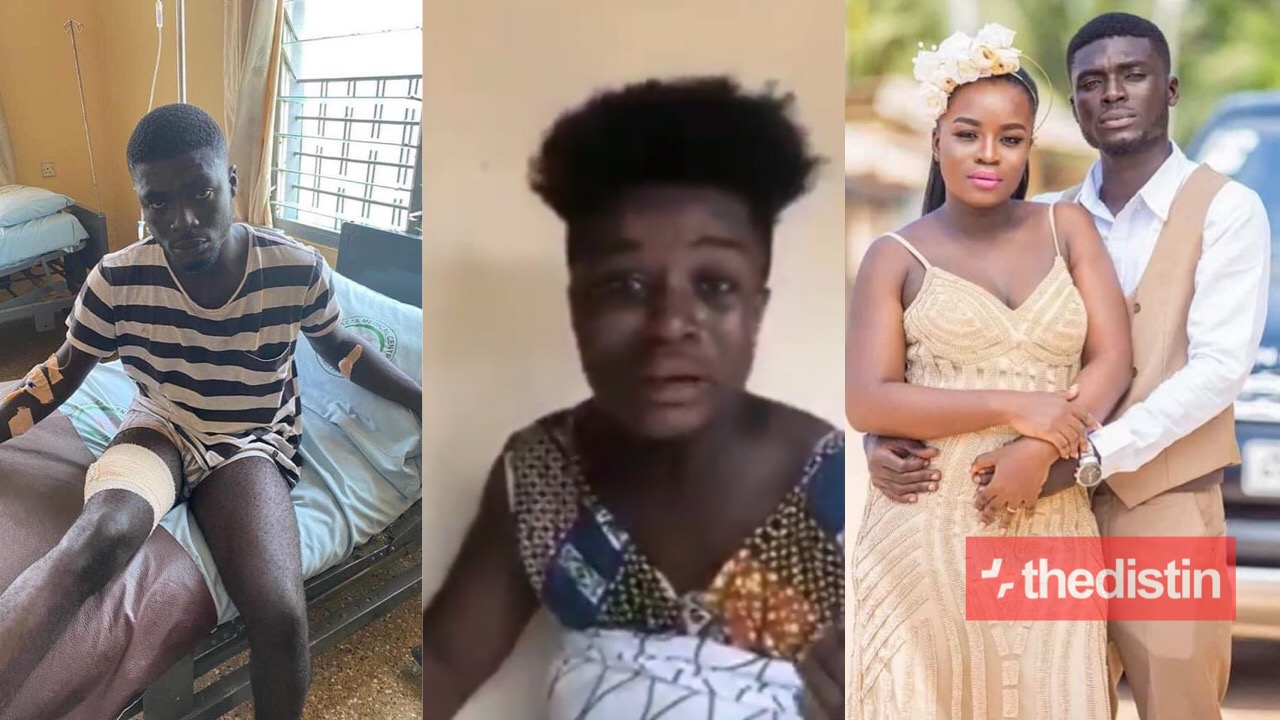 Former student of Wesley Girls Senior High School who went viral while looking for a help and a lawyer to seek justice from her husband who ‘abused’ her stabbed him with knife over phone argument.

More updates surrounding the former student of Wesley Girls Senior High School who also happens to be an alumna of the University of Cape Coast (UCC) and her husband have emerged.

According to a new report sighted by Thedistin.com, the man and his wife have been identified as Stephen Adu and Rachel.

Also, it has been alleged that they got married after Rachel got pregnant when they were in a relationship years back and Stephen’s parents supported their wedding.

According to details posted by a Facebook user, Francis Kennedy Ocloo, who somehow disclosed the husband’s side of the story, Rachel allegedly stabbed Stephen after a dispute between them arose over one partner attempting to access the phone of the other.

Francis Kennedy Ocloo went further to reveal that Stephen is receiving treatment in the hospital with pictures as an evidence.

THE DANGER(S) OF PUBLISHING A PART OF, or ONE SIDE OF A STORY.

The other side may be demonized, because they may not get to tell their story.

What the Awareness General’s ear heard:

There are other behind the scenes information, but I can only speak to the video which is out, and these pictures I have.

*What led to the misunderstanding: one partner wanted to have access to another’s phone. (AGAIN NOTE: INFORMED, I was not there). Information could be misleading.

EDITOR’S NOTE. The AG doesn’t support abuse of any forms from any party.

Thedistin.com had earlier pressed on when the mother of two who is also an alumna of the University of Cape Coast (UCC) and Wesley Girls was captured on camera shedding uncontrollable tears, claiming that her husband abused her.

The woman discloses that she has been married for less than two years to one Stephen Adu who is from quite an affluent family.

”I’ve been married for less than two years. My husband is Stephen Adu … His family is quite affluent. He did this to me. I have two kids with him. I don’t have money for a lawyer, I’m from a poor home,” she said while crying.

According to her, she depends on her husband for her financial needs because he did not want her to work.

She called on human rights organisations and other influential institutions to come to her aid because she’s vulnerable and needs help, click here to watch the full video.