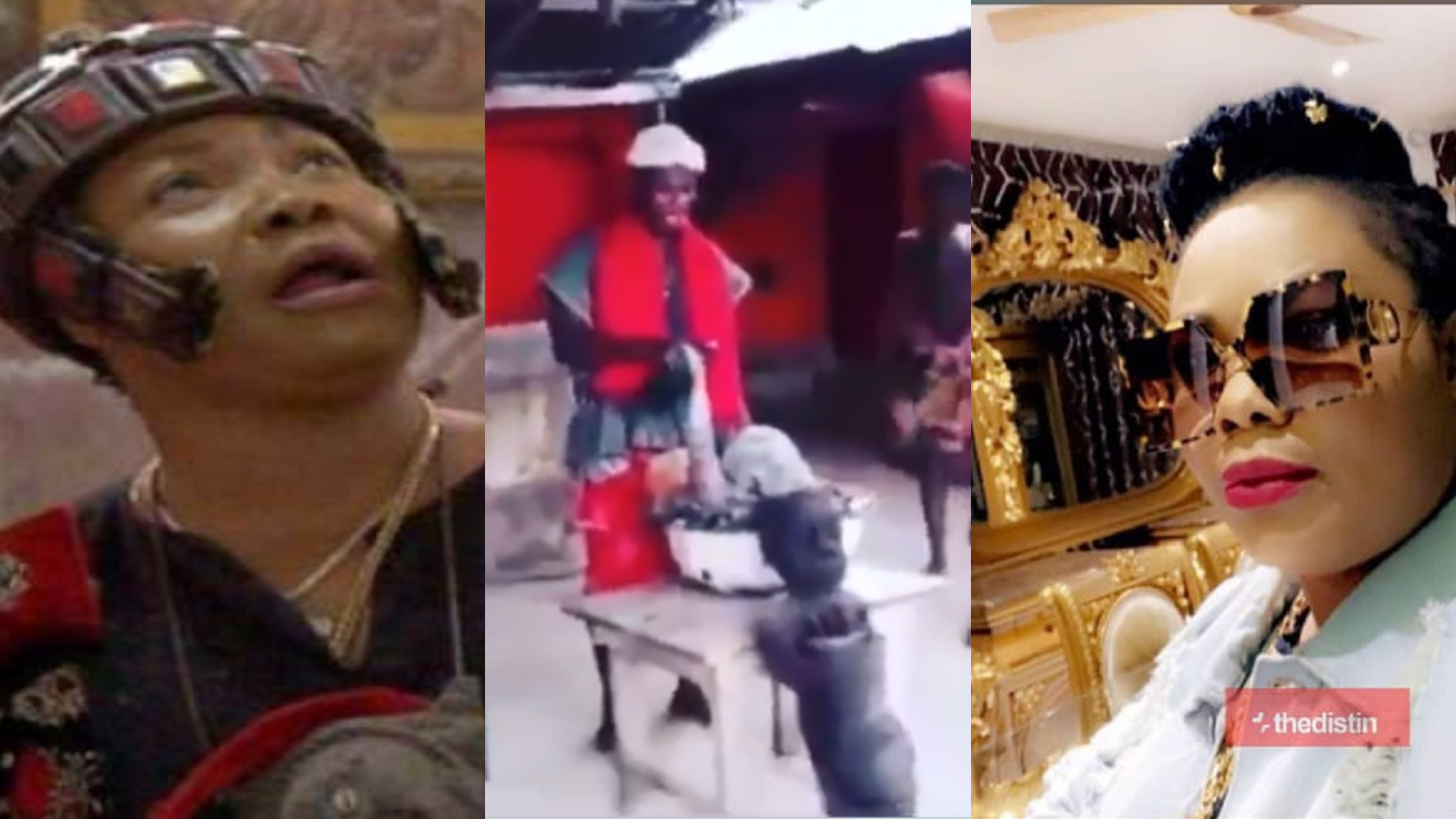 In a recall some of Nana Agradaa’s deities were urned down in her shrine with the help of her spiritual father Pastor Joseph Kwadwo Kyere of the Truthful Word Ministry .

However, information has it that, not all the deities found in Nana Agradaa’s shine were burned because she claims to have borrowed it for her work as a fetish priest then.

The items burnt were reported to include three of deities comprising one gold coloured stool and two wooden carvings, one of which had an artificial human-looking face and hair.

In a recent viral video, the said deities that were not burnt are said to have been sent back to the owner, a fetish priest at Nkawkaw known as Togbe Akakpo.

In a report by peacefm presenter Kwabena Marfo, one of their journalist Baidoo Banson has confirmed that, the deities have been returned to Torge Akakpo as Nana Agradaa has no authority over those deities and she can burn them.