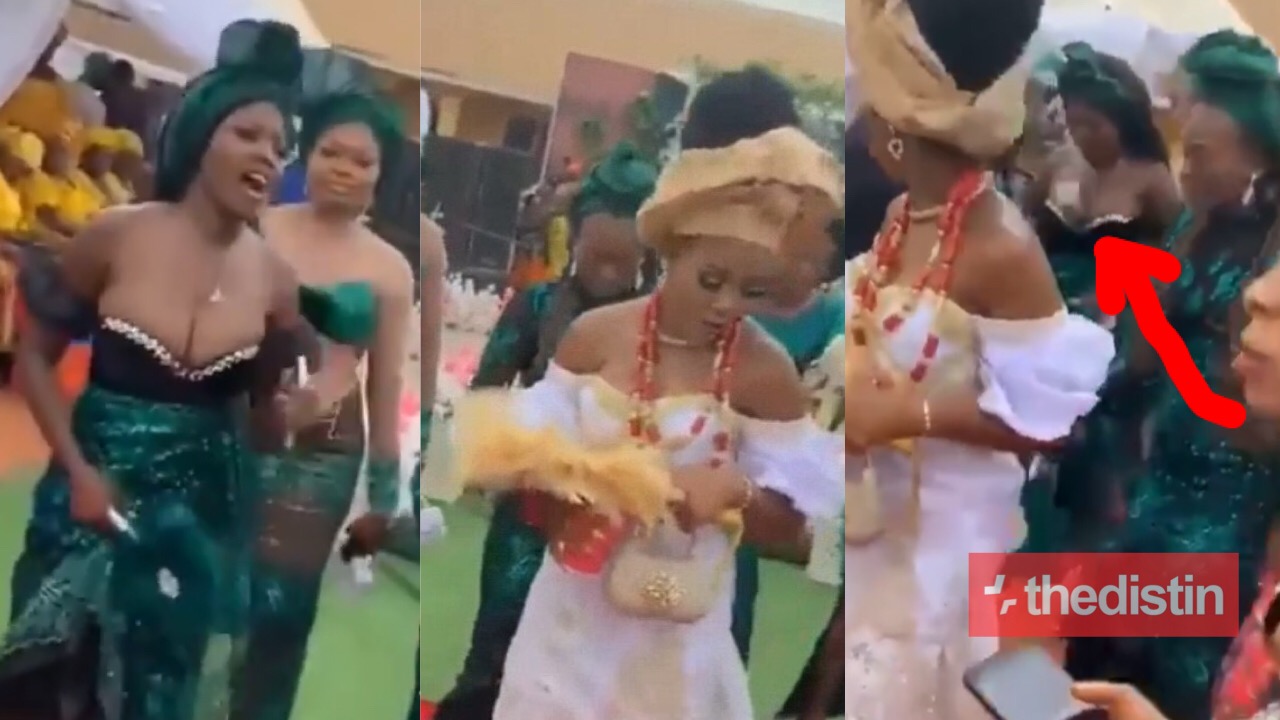 A bridesmaid’s breast was the cynosure of all eyes at a wedding to the extent that a guest left the bride to spray money on the bridesmaid.

In a video shared online, a bride and her bridesmaids are seen dancing out during a traditional wedding ceremony.

One of the bridesmaid is seen wearing a dress with a low cut neckline that exposes ample cleavage.

While leading the bride out, she’s seen dancing enthusiastically,  causing her breasts to jiggle and they almost spilled out of her dress.

A guest, who appears to be a VIP because of the uniformed escort following him, walks towards the dancing women, but rather than go to the bride, he goes to the busty bridesmaid and begins spraying her money.

Watch the video below.