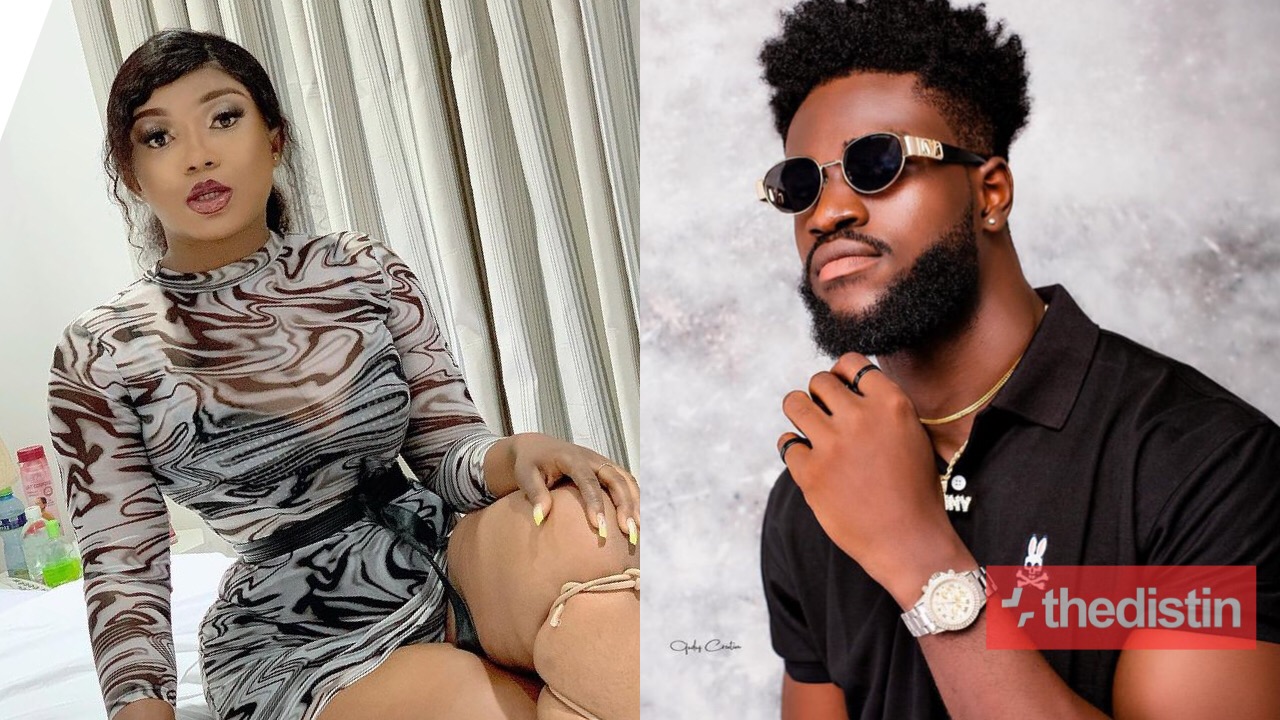 Bella has sent worrying signals which indicate that something is not right with her relationship with ‘boyfriend’ from TV3 Date Rush Season 5 fame, Kofi Kodark.

On the episode 5 of TV3 Date Rush season 5 aired on the Accra based television station and it’s social media platforms on Sunday, May 2, 2021, one controversial contestant had a date.

Bella, one of the contestants who has been on the show looking for a date unsuccessfully, was finally able to land a man of her dreams as a date.

Bella’s date, Kofi Kodark, is an up-and-coming musician and model, and the two would make an excellent couple if all goes well.

Earlier on, Thedistin.com reported on a video of the moment Bella and Kofi Kodark were spotted ‘chopping’ love.

In the video, Bella and Kodark could be seen in a cool place alone. The two beamed with smiles as they were making snaps together, click here to watch the first loved-up video of Bella and Kofi Kodark.

Well, few hours after their video went viral, Bella has shared a cryptic message after she posted a raunchy picture of herself.

According to Bella, someone is deceiving her which is causing her head ache.

From the picture which followed with such caption, many netizens are concluding she is referring to her date, Kofi Kodark.

Below are some reactions from followers of Bella after she shared the above cryptic message:

Abilbabrian commented with “The thing do beans or?😂😂😂😂”

fred_multimedia_gh_ wrote “Bella, I wonder why it took men many months to choose u on date rush. So ridiculous cos u r 🔥🔥🔥”

Goodfood_taste_good also commented with “What happened to you beautiful?”