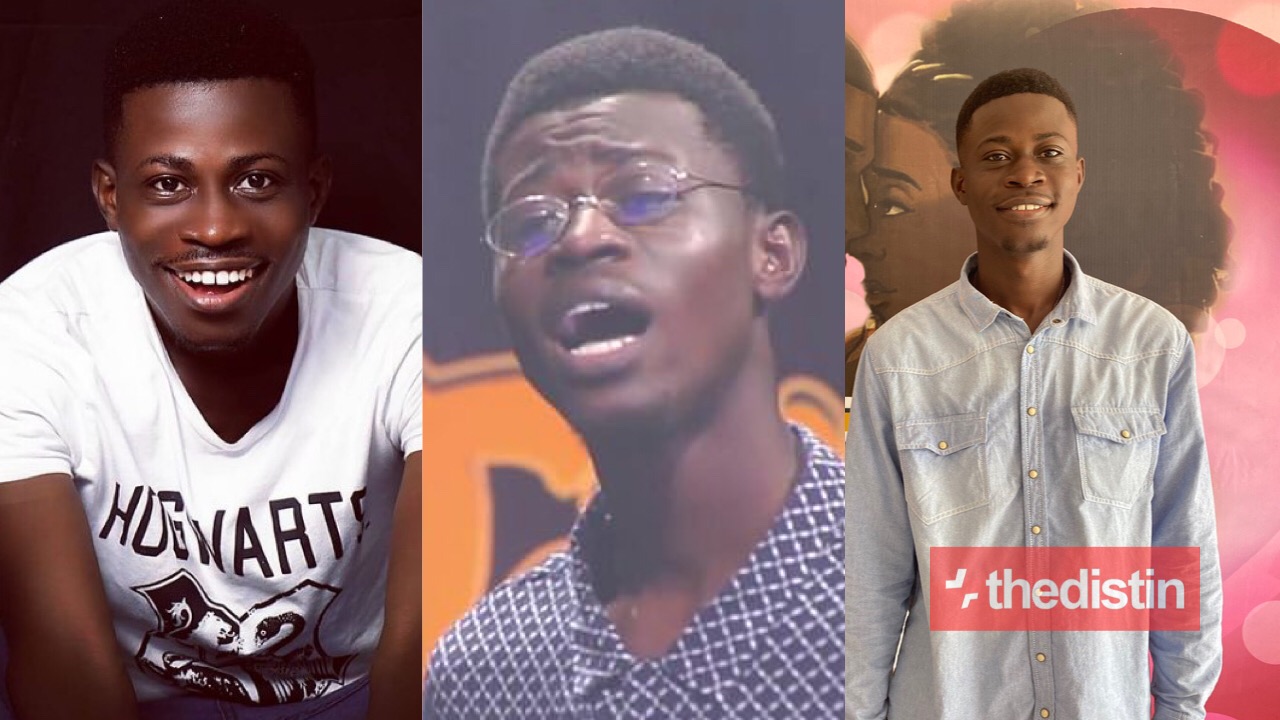 KNUST Live, one of the Twitter accounts that keeps track of KNUST’s daily activities, has reacted to one of its products, Sammy’s performance on TV3 Date Rush.

Sammy became popular in KNUST and on social media around March 2020, following videos and screenshots of when he got heartbroken after his girlfriend, Nana Ama broke up with him.

Since then, Sammy has been seen attempting to capitalize on the attention he has earned in 2020 as a result of his viral video of him weeping bitterly after his girlfriend, Nana Ama, broke up with him.

Just in case missed out on all the craze, about a month ago, twitter got flooded with videos and photos of this couple who had just ended their relationship, Nana Ama and Sammy (Samuel Aboagye). check out videos of Sammy crying and see how it all started here, or click here to see photos of Nana Ama.

On last Sunday’s show, episode 5 of season 5, Sammy went on stage in front of ten beautiful ladies but returned home alone because no lady found him attractive.

After the culmination of the show, Sammy has been bashed by Ghanaians on social media for his poor performance on TV3 Date Rush especially after he body shamed Ruth by tagging her as an old woman.

Many have tagged him as a ‘foolish’ guy as some say he is a disgrace to Kwame Nkrumah Science and Technology.

Official Twitter for KNUST Live has reacted to Sammy episode of Date Rush as they have revealed Sammy left without their notice and added that he is from a different KNUST.

Disclaimer: He went to a different KNUST please.

we are sorry, we didn’t even know he was coming.