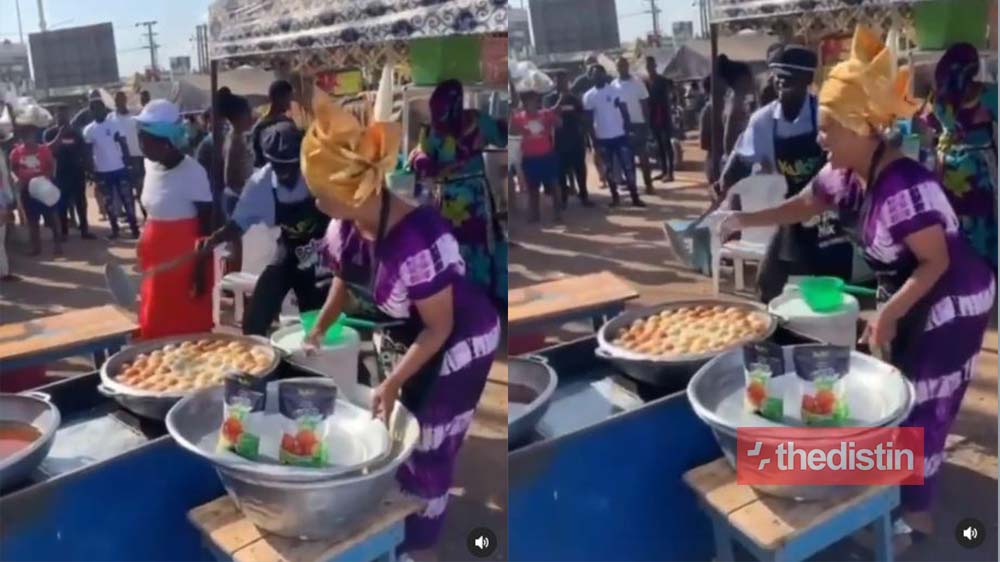 One can say there are simply advertising a new product which will soon be introduced to the market to make preparing bofrot easy.

Nana Ama Mcbrown who couldn’t stand LIlwin’s hilarious way of frying the bofrot could not stop laughing amking the video fun to watch.