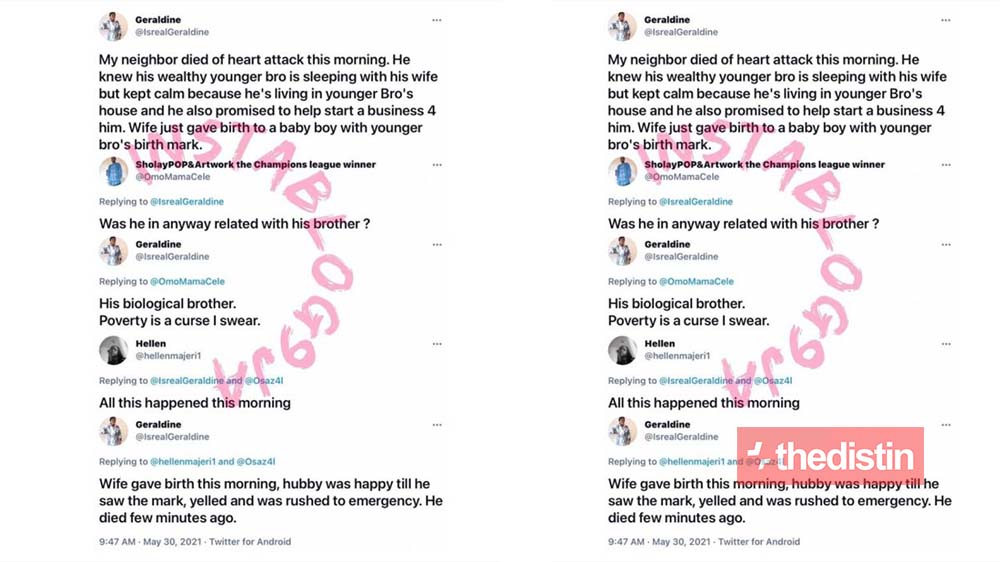 The story was shared on Twitter by a young lady identified as Geraldine, according to her, a man died of a heart attack just a few minutes after his wife gave birth to a baby boy with the younger brother’s birthmark.

She also said the man knew his younger brother sleeping with his wife but was calm because he was living in his brother’s mansion and he also promised he will set up a business for him.

However, the rich brother took advantage of the situation and started sleeping with the man’s wife which resulted in a child.

Below is the photos