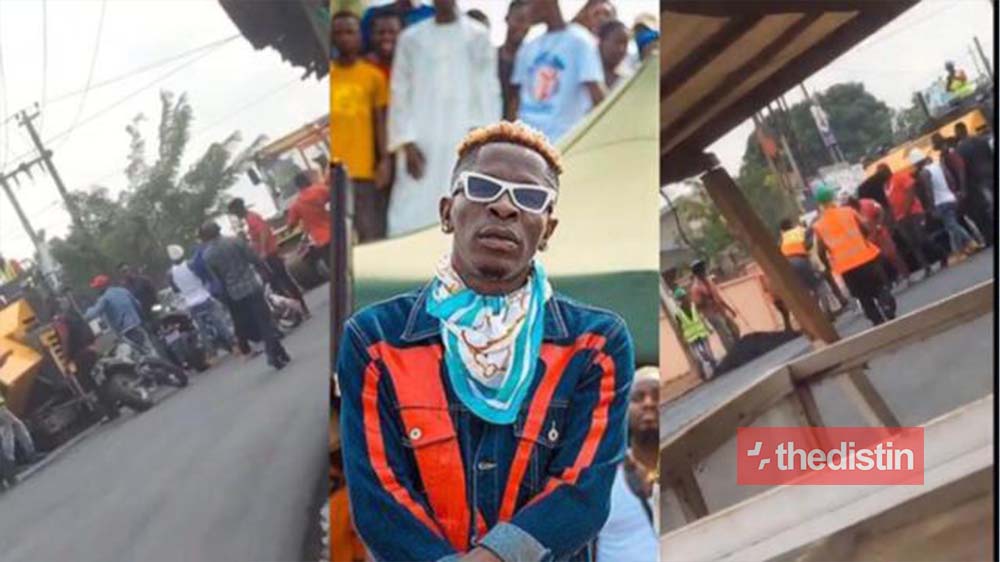 Just in case you missed that news yesterday, Shatta Wale was in the news for allegedly sending him Nima Boys to beat up road constructors who didn’t finish fixing his road on time. Click here to read more and watch the video

Meanwhile, the Police have an arrest warrant for Shatta Wale but his father Charles Mensah Senior has promised to bring him to the police station.

Mr Kwame Gyasi who is the Divisional Commander at the East Legon police station confirmed what happened yesterday is under investigation.

According to him, if Shatta Wale fails to report himself at the police station the police will pick him up wherever he is.

Just this morning on Daybreak Hitz with Andy Dosty said that he has not given an money to the constructor as rumored.