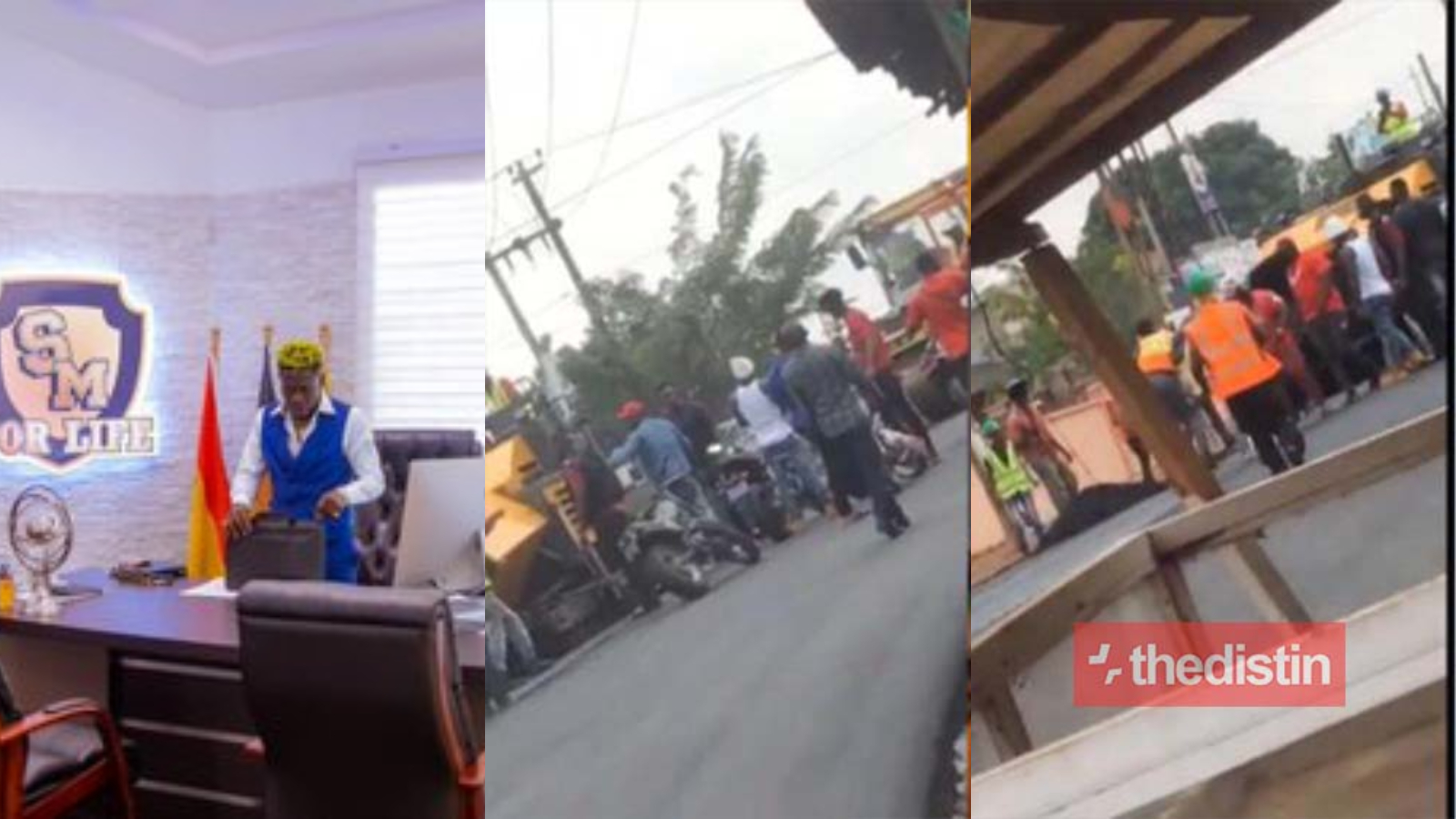 Shatta Wale in an interview has called on the media to stop publicising fake news about him as he explains why he confronted the contractor on the road.

During the interview, Shatta Wale has made it clear that the media is trying to bring the hard-earned reputation down as they always want to attribute negativity to his name in order to make it a trending news.

According to him, as he was in America, a news of him receiving treat on his problem trended on social media but no one called to find out the reality about the rumor.

In the same way, the confrontation with the road contractor was also shared without consulting his secretariat, just to tarnish his hard-earned reputation.

He continued that, his confrontation with the contractor was because there was no reasonable information given to him when the road to his secretariat was blocked by the contractor.

In speaking, he stated that, after his return from the US vacation, on 28th May 2021 (Friday) he intend to go to his secretariat at Adjriganor only to get their and the road was blocked.

On 31st May 2021 (Monday),the situation was still the same so he called on those in-charge of the construction only to be confronted by one of the workers

However, the project manager of the Adjiriganor road construction (East Legon) has reported dancehall artiste Shatta Wale to the police for assaulting his workers yesterday

Just in case you missed that news yesterday, Shatta Wale was in the news for allegedly sending his Nima boys to beat up road constructors who didn’t finish fixing his road on time. Click here to read more and watch the video

Meanwhile, the Police have an arrest warrant for Shatta Wale but his father Charles Mensah Senior has promised to bring him to the police station.