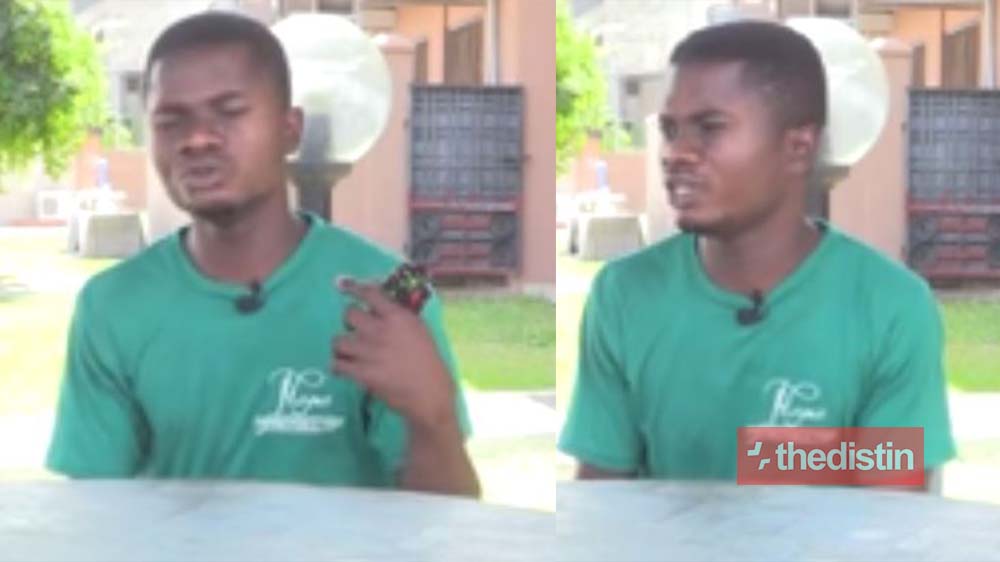 According to Samuel, his mother told him the day she planned to sell him that, his father will come and take him to where he stays but the truth is the said man was not his biological father, he was the ritualist.

His mother made sure he was drugged before the man came for him. she bathed him and took him to her close friend’s house where they agreed the man will come for him to his place.

Upon arrival at the man’s house, he discovered that he was among 40 children who will be used for the rituals one after the other.

The said man was living at Kete Krachi in the Volta Region, he had three wives and many children.

We lived on an island near Kete Krachi. He had three wives with many children but he never killed any of them. What he does is pick a child at night, pierce a bread knife through their oesophagus till they stop shouting. He then cuts them into pieces and throws them into the water surrounding us

The children who lived with the man neither brushed their teeth and were not given food, Samuel added that there was no electricity there and they had no clothes as well.

They slept outside throughout their stay in the village.

However, Atta finally managed to escape at the age of 18 by swimming.

I had to swim my way out of the island

According to him, those who tried to escape, they were either found dead or caught and killed.

I had tried twice but failed but my master had travelled by then so he told his apprentice to tie me up. I managed to escape with a friend but he was bitten by an animal. So I had to leave him behind