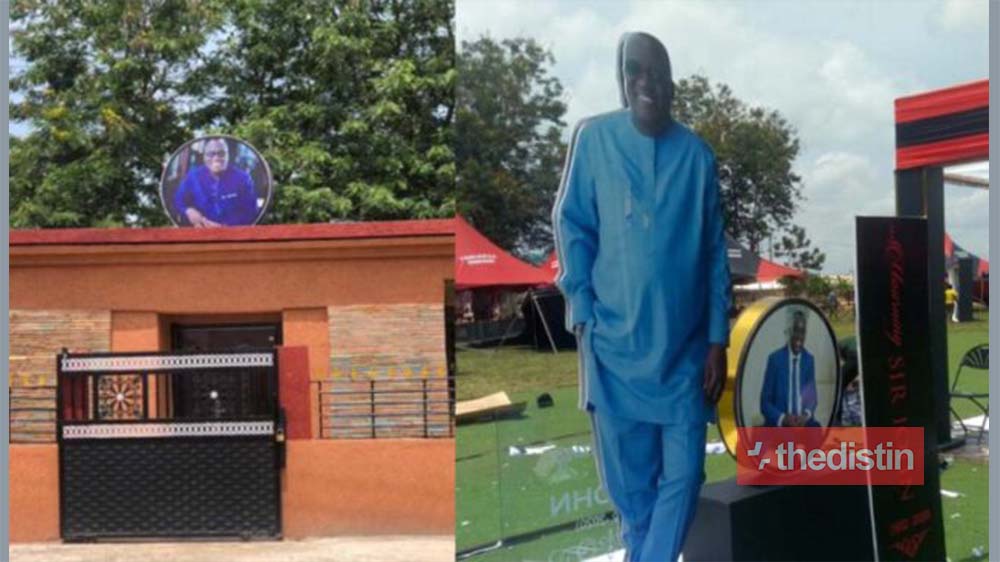 The tomb of the late Mr Kwadwo Owusu Afriyie, popularly known as Sir John causes a stir on social media after it surfaced online

It was revealed he would be laid to rest today, 3rd June 2021, in the Kwabre East District of the Ashanti region.

The late Politician’s body was flown by an helicopter to his hometown yesterday but what actually got people talking was the tomb in which he will be buried in.

Kwadwo Owusu Afriyie, popularly known as Sir John will be laid to rest today, Thursday, June 3, 2021, and a picture of a special tomb made for him has gone viral on social media.

It has been revealed that the mortal remains of the politician will be laid in state at Sakora Wonoo Junior High School, in the Ashanti Region, and later put to rest at the Sakora Wonoo family cemetery.

Read Also: ‘s3x with him sweet pass my husband own’ – Married Woman Caught Sleeping With Another Married Man Reveals (Video)

Before his demise, Sir John was one of the leading members of and former General Secretary of the New Patriotic Party (NPP) and the Chief Executive of the Forestry Commission.