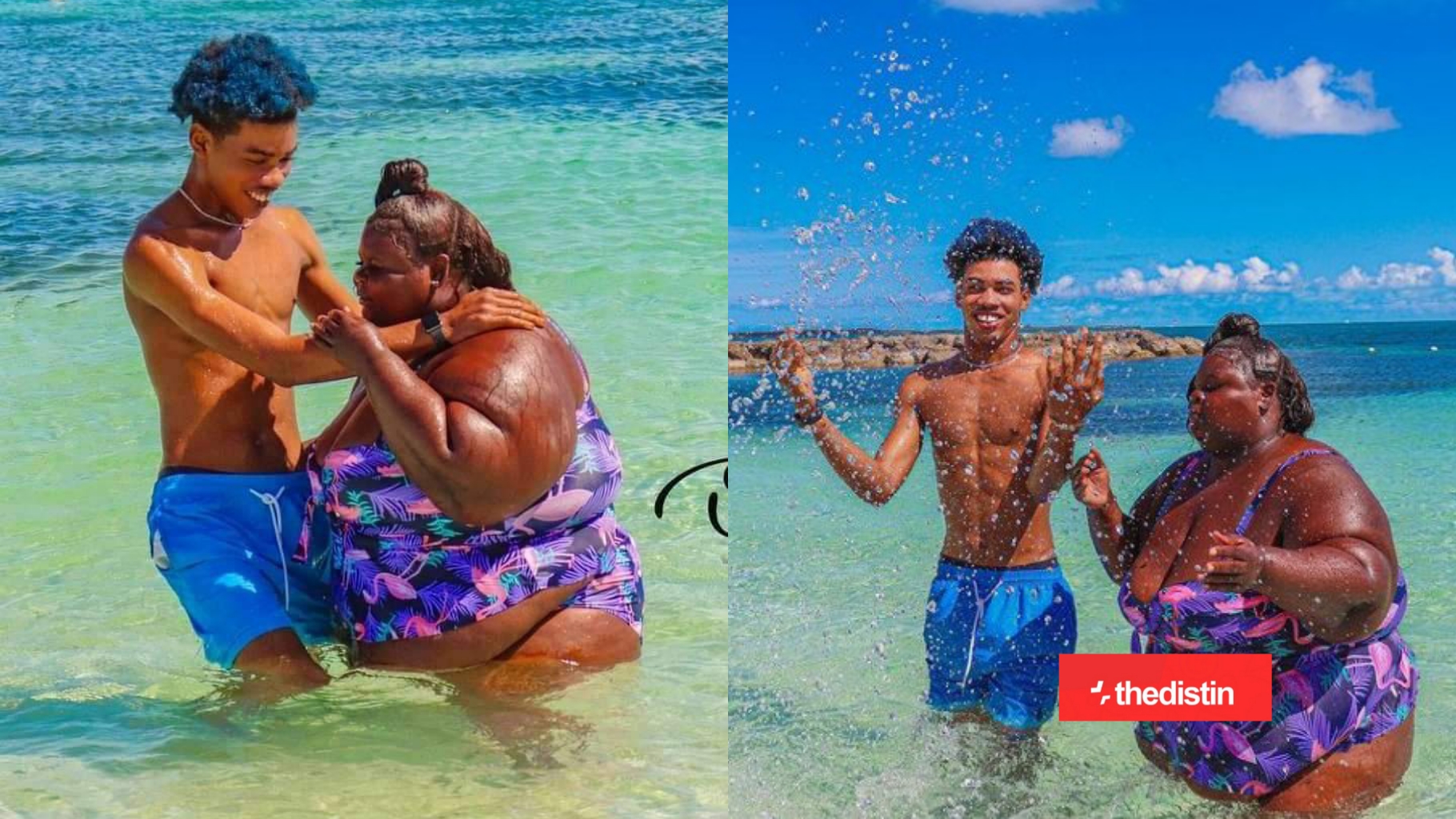 An oversized lady has been spotted with her partner at the beach during a hang out which has received many reaction from netizens.

‘Read also: S3x with him sweet pass my husband own’ – Married Woman Caught Sleeping With Another Married Man Reveals (Video)

People have been criticized for the kind of choices of partners they choice but this young man identified as Tire Shine has proven that he is the happiest man on earth with his chubby girlfriend.

Well, one man’s meat is another man’s poison and as such, this young lady would have probably been the last choice any man would opt for when it comes to dating but Tire says she is the love of his life.

In some photos he shares on his Instagram page, the couple were seen spending some quality time with each other.

According to Tire, he loves his girlfriend, Rose Shaquon not for her looks but her kind heart which he deems wealthy more than anything.

Check out some photos