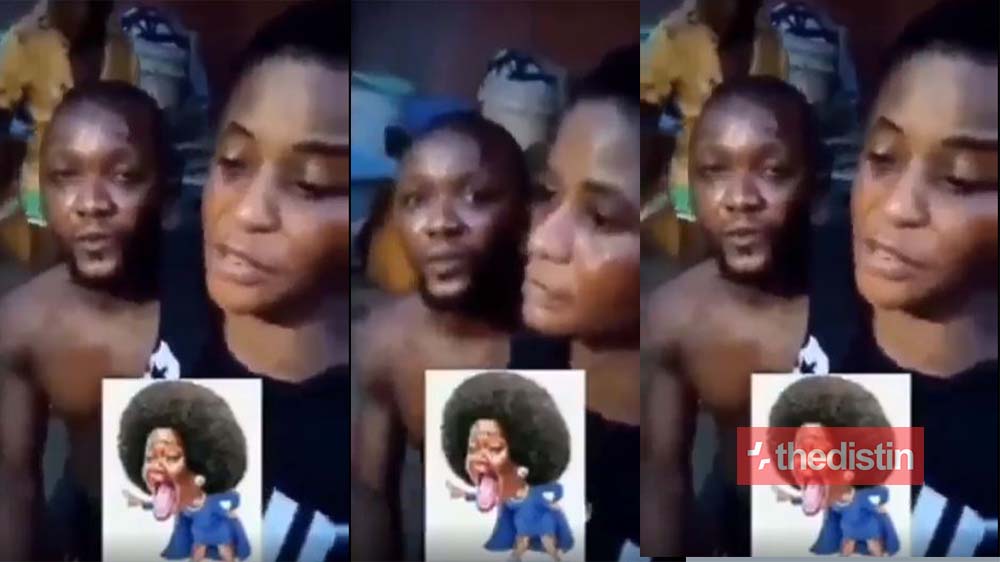 In a viral video, the woman was filmed sitting on the man who was chopping her, she was asked by those filming them who is good at making her feel good in bed.

Read Also: Video: Dead Lady Refused To Be Buried As She Leads Mourners To Ritualist That Killed Her

According to her, the married man she was caught with is the one who makes her feel good in bed.

The man was asked the same question but his respond was different, for him his wife is better than her in bed.

Meanwhile, according to the woman identified as Mama Purity, she is not married although she lives with her man and they have kids.

The man she was caught with is married but yet sleeps with Mama Purity who obviously enjoys it more than her man’s own like she said.

Read Also: Meet Samuel Atta: Young Man Who Was Sold By His Mum For Rituals Narrates How He Escaped (Video)

She also added that she helps the man to do some house chores and the man gives her money in return.