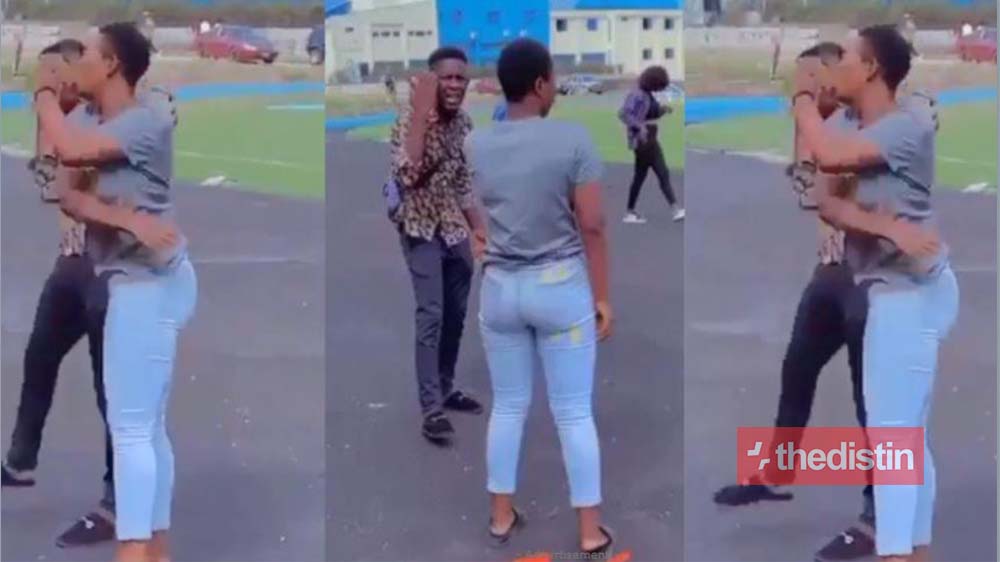 The video started with both of them arguing in public and the next thing we heard was the young man asking his girlfriend if she is mad due to the way she was talking to him anyhow.

Just after saying this, he then threatened the lady with a broke and the lady responded saying he has no right to do that.

The guy decided to walking away after saying he is ending the relationship that particular moment while people were watching.

While he was walking away, the lady followed him, tapped him and just when he turned his back, she slapped him and you can feel the slap when you heard the sound in the video.

This is simply a sorry moment for the gentleman especially because they were in public, a place that looked like University campus.

Read Also: Pure Water Seller In Tears As Her 6-year-old Son With A Hole In The Heart Receives Over GHc52,000 For Surgery (Video)

However, It is still unclear why the lady will slap her boyfriend for asking for the end of their relationship. Clearly, there’s is more to the story.