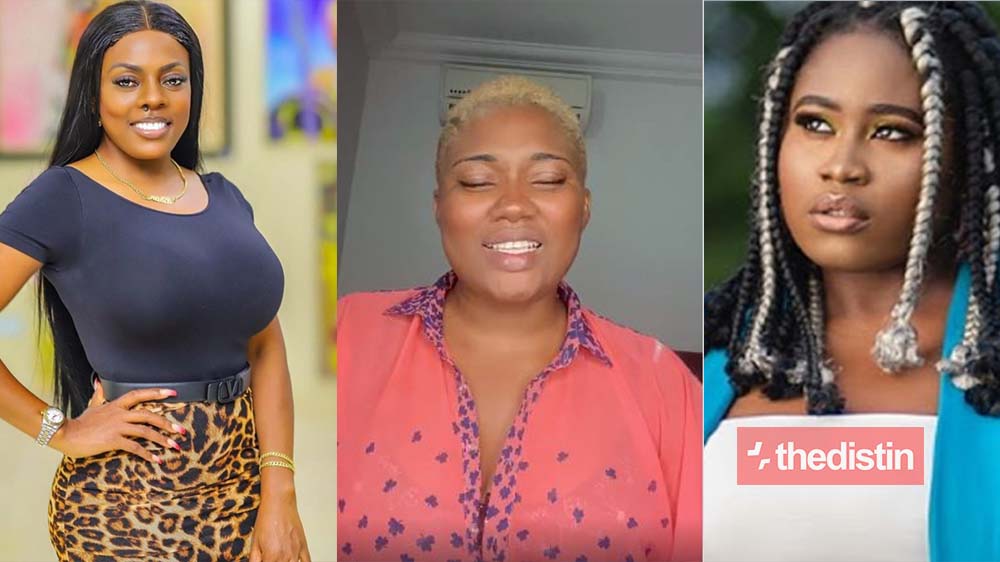 In a long video she shared on Instagram page, Abena Korkor again said she had s3x Joy FM’s Kojo Yankson some years ago but all he wanted was fun although she wanted something more serious than just the good s3x.

Read Also: Student Of Oti Boateng SHS Battle With Birds For Space As They Dine Under Trees (Photos)

Abena Korkor in the video also added that while she was dating the broadcast Journalist Kojo Yankson, he was also sleeping with actress Lydia Forson and GHone TV general manager Nana Aba Anamoah at the same time but they probably didn’t know he was bonking both of them.

She also gave credit to Deloris Frimpong Manso saying that her interview with Delay was very therapeutic for her because after the interview she realized she had to talk about everything that happened to her in the past to take off some of the pain and burden on her.

Read Also: ‘Who’s Ama By The Way’? – Dr. Louisa Calls Out Stonebwoy For Mentioning ‘Ama’ In His Latest Song With Zlatan

In recent interviews, Abena Korkor who is also a Mental Health Advocate claimed she has had sexual encounters with Lexis Bill, KOD, Sammy Awuku and a fling with Giovani Caleb.