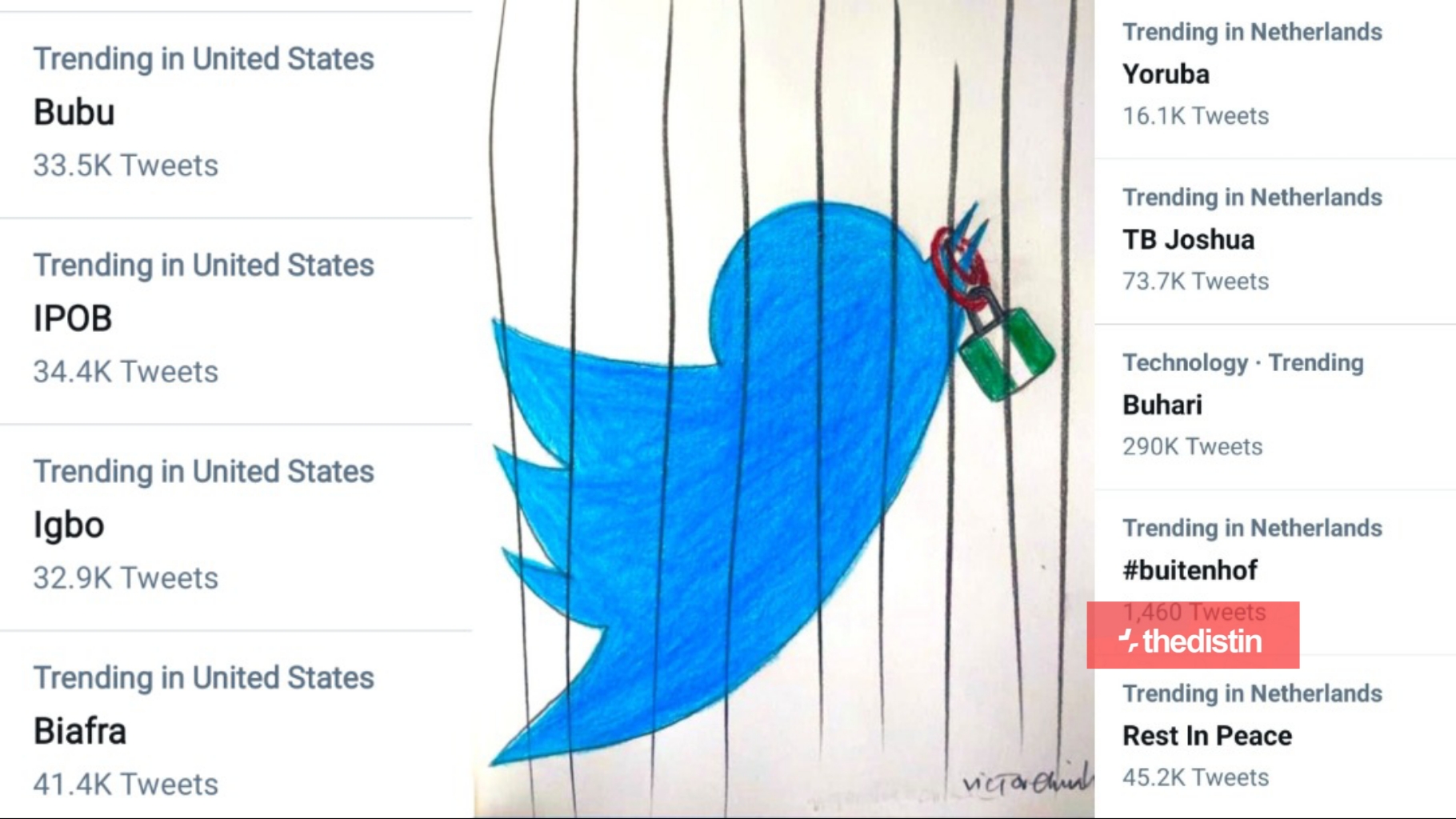 Trends currently showing in Netherland proved that Nigerians living in Nigeria still use Twitter despite the ban on the microblogging application.

Nigeria government have blocked Twitter from operating in the country after Twitter deleted President Buhari’s post which is suggested to violate rules and regulations regarding the application.

Read also: Video: ”It Will Not Be Easy To Celebrate My Birthday” Prophet TB Joshua Last Video Before His Death

This has led the youth to adapt to a new way of using Twitter by relying on VPN which makes the user changes their location and IP address easily.

Currently, the youth are using a VPN which picks its satellite from Netherlands and United States, making it difficult for the government to determine where the tweet are coming from.