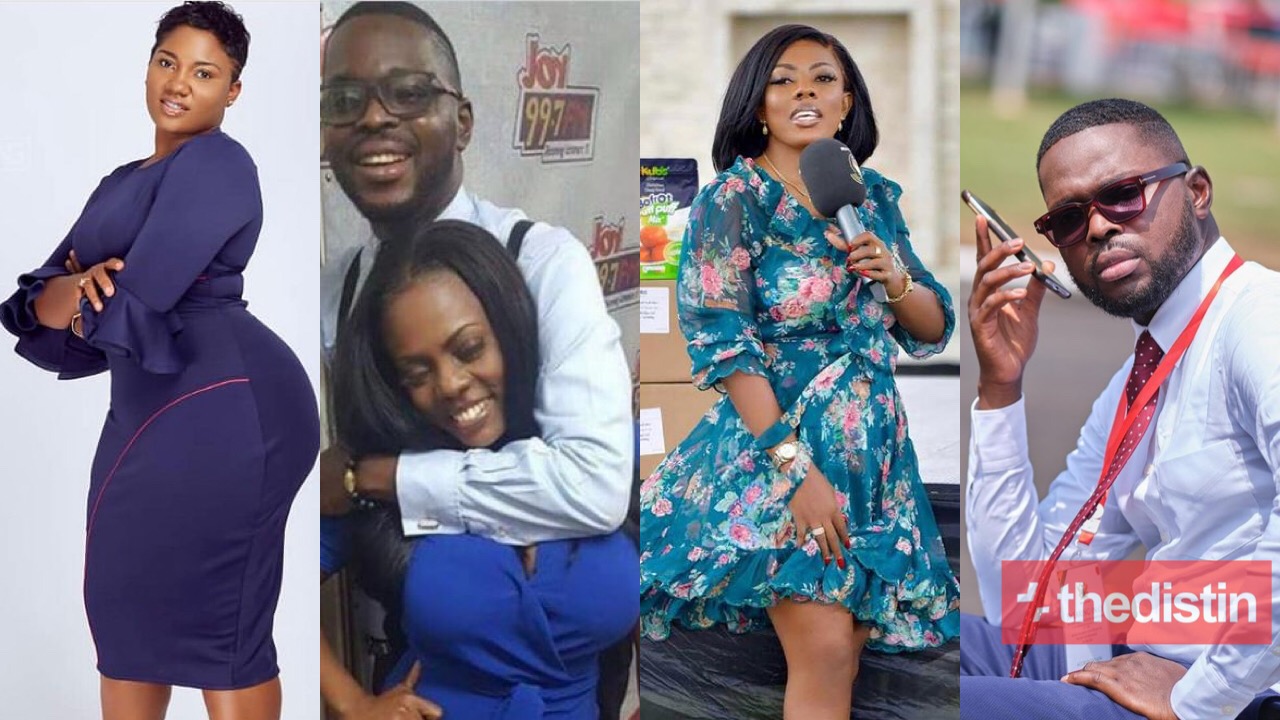 An old photo of Nana Aba Anamoah of GHOne TV/Starr FM and Kojo Yankson of Joy FM/TV has been interpreted as a loved-up moment between the two media personalities.

The photo re-emerged on social media after the television personality, Abena Korkor claimed that Kojo Yankson was in a sexual relationship with the actress Lydia Forson while dating Nana Aba Anamoah.

The mental health activist, Abena Korkor, a bipolar patient, was producing a verbal list of all the men she had laid in the past, citing Kojo Yankson as one of the men.

”The feeling in Nana Aba en eyes says so much. Chaley but on a real, Kojo Yankson [is] the man at this moment. We still wait for Abena Korkor [the] next list of f..ked men,” MataayaMc, a Twitter user posted.

However, both Nana Aba Anamoah and Kojo Yankson are yet to comment on Abena Korkor’s claim about them.