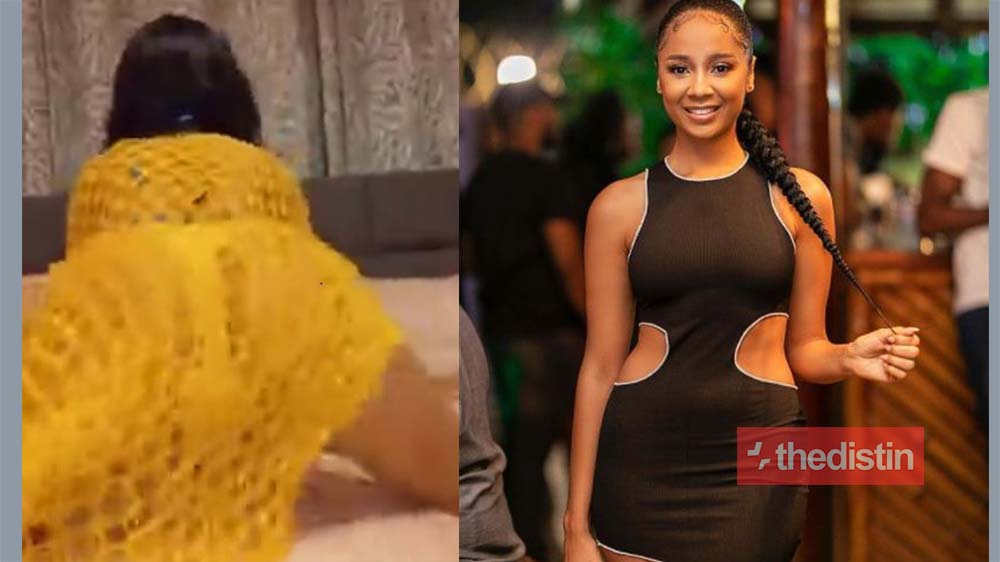 KiDi recently released the song and since then, countless ladies took advantage of the “TouchItChallenge” to cause ‘confusion’ on the internet.

One of such ladies is our very own rich singer Sister Derby as she displays some crazy tw3rking skills in her transparent yellow outfit.

According to her after Sharing the video of her Instagram page, she was bore so she decided to entertain herself and this video she was she came up with.