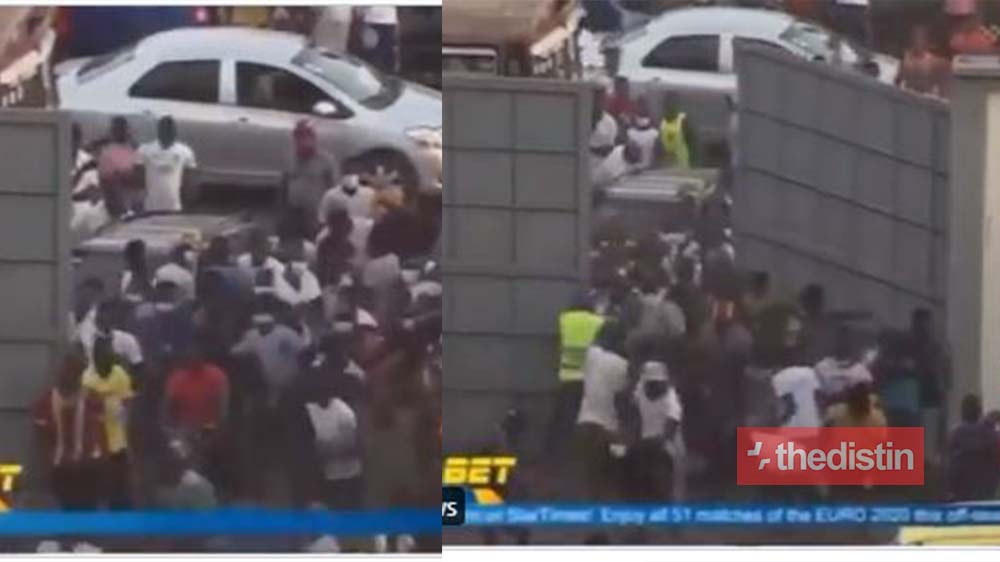 Thousands of fans were already seated even before the players arrived at the stadium, many more trooped in before kickoff.

For thousands more, they were unlucky as they were not allowed entrance into the stadium due to Covid-19 directives from the Ghana Football Association (GFA) which allows only an intake of up to 25% of the stadium capacity.

However, nothing could stop these football fans from watching their Premier League superstars, not even the security personnel at the gates.

The fans finally made their way into the stadium to watch the game that end scoreless in the first half.

Below are some videos