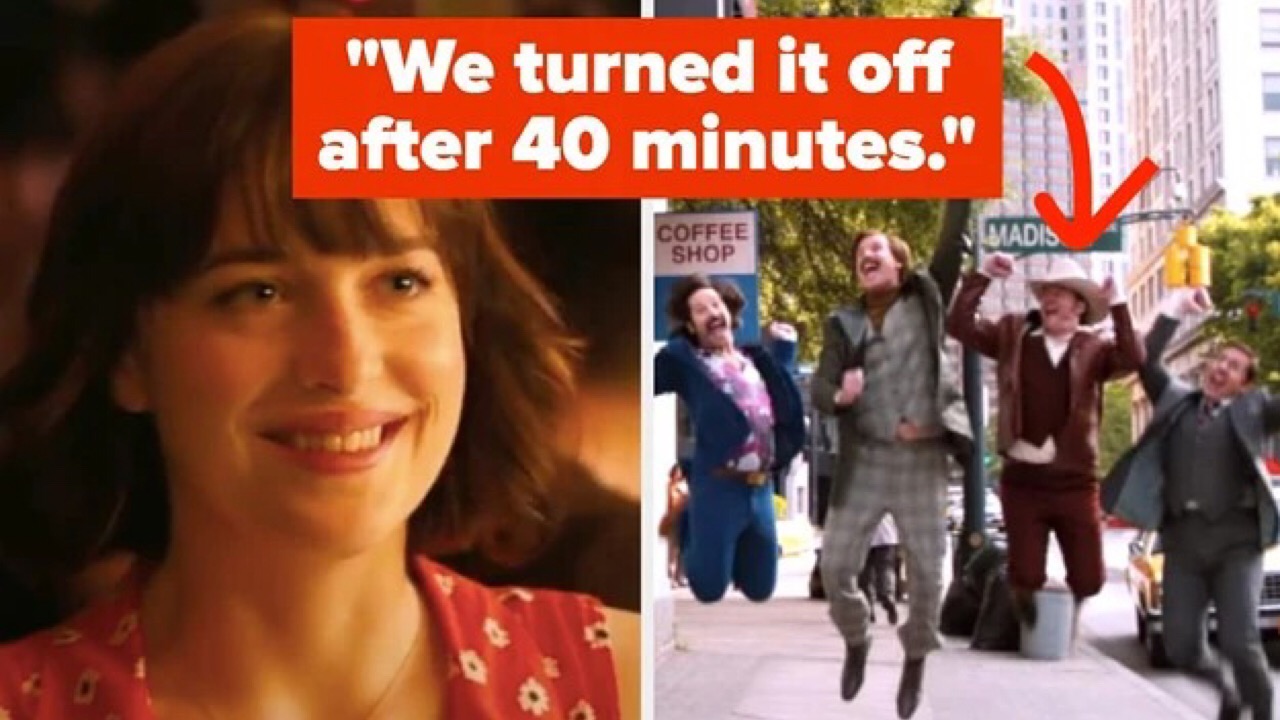 A Reddit thread that asked, “What movie did you start watching and then said, ‘Fuck this, I’m not finishing this?'” has got so many reactions.

Below are some responses from people about movies they abandoned.

“I have only ever walked out of one movie in theaters in my entire life and that movie was Uncut Gems. For some reason, everyone loves it and thinks it’s some cinematic masterpiece, but I went to see it with my father who worked in film for 25 years and we both thought it was unbearable. It had no plot, the dialogue was horrible and hard to follow, and the whole movie just made you kind of uncomfortable.”

“Hated each and every character. Turned it off after 10 minutes.”

“I couldn’t sit through Titanic. I just found it really long and boring and never finished it.”

“I know this is probably some kind of sacrilege but every time I try to watch Superman II, I end up falling asleep partway through. I’ve never made it through the whole film.”

“The first one was so funny, so my husband and I were excited for a sequel. We turned it off after 40 minutes. It was so bad.”

“Jennifer Lawrence is a great actor but the movie honestly disgusted me. They went way too far showing graphic sexual assault scenes.”

“It was on Netflix so I didn’t ‘walk out,’ but I gave up after like 15 minutes. The plot made no sense. It was full of clichés. Bad.”

“I’ve fallen asleep every time I’ve seen it. The only way I knew the movie progressed was by how dirty his tank top was when I woke up.”

“My sister and I were so excited to finally see it since we love everything Peter Pan. The beginning part in the orphanage was weird but we stuck through it. Once Hugh Jackman came out and they all started singing a modern rock song, we looked at each other and turned it off.”

“It was the only time I’ve ever left a movie! People had been saying such good things about it, but I watched two hours and there was no plot! I really wanted to know how they cast Academy Award nominee Margot Robbie to play a role with maybe less than 10 lines in the 2 hours I watched. Apparently, things happen at the end and it’s connected to the Manson murders, which is bonkers because it was meandering plot throughout the rest of it. Waste of time!”

“I wanted to leave. My ex-boyfriend didn’t. Maybe that’s why he’s my ex.”

“Went with my mom because we loved the other two movies, but the camera was so shaky we had to leave so I could go throw up in the bathroom. It was awful.”

“My mom and I went into it with such high expectations. It looked so good in the trailer. The director is the same guy who does This Is Us, so lots of misdirection and twists were to be expected. And the first third of the movie was great and full of twists, but it just got so incredibly boring after that; we got up and left about 40 minutes in.”

“I read the book in one day. I loved it so much! Tried watching the movie with my husband and we shut it off after 30 minutes. The characters were dull and made idiotic decisions that didn’t happen in the book. They made the storytelling aspect totally nonsensical. It was a real disappointment after the book was so fresh. Even John Malkovich was dull. HOW DO YOU MAKE HIM DULL???”

“It’s the only movie I’ve ever walked out of. My brother and I went to see it. He walked out about halfway through; I tried to stick it out but at the point where brother and sister were bangin’, I was outta there!”

“I know everyone thinks Will Ferrell is so funny, but I can’t stand watching two grown men act like children. I turn it off every time after like 15 minutes.”

“I tried… I really tried. With all the hype about how ‘awesome’ it was, I figured I’d give it a shot. I don’t mind the dumb-but-funny movies. This was just so stupid. I couldn’t make it. Ten minutes into the movie, I turned it off. I just do not understand why so many people raved about it.”

Note: Submissions have been edited for length and clarity.