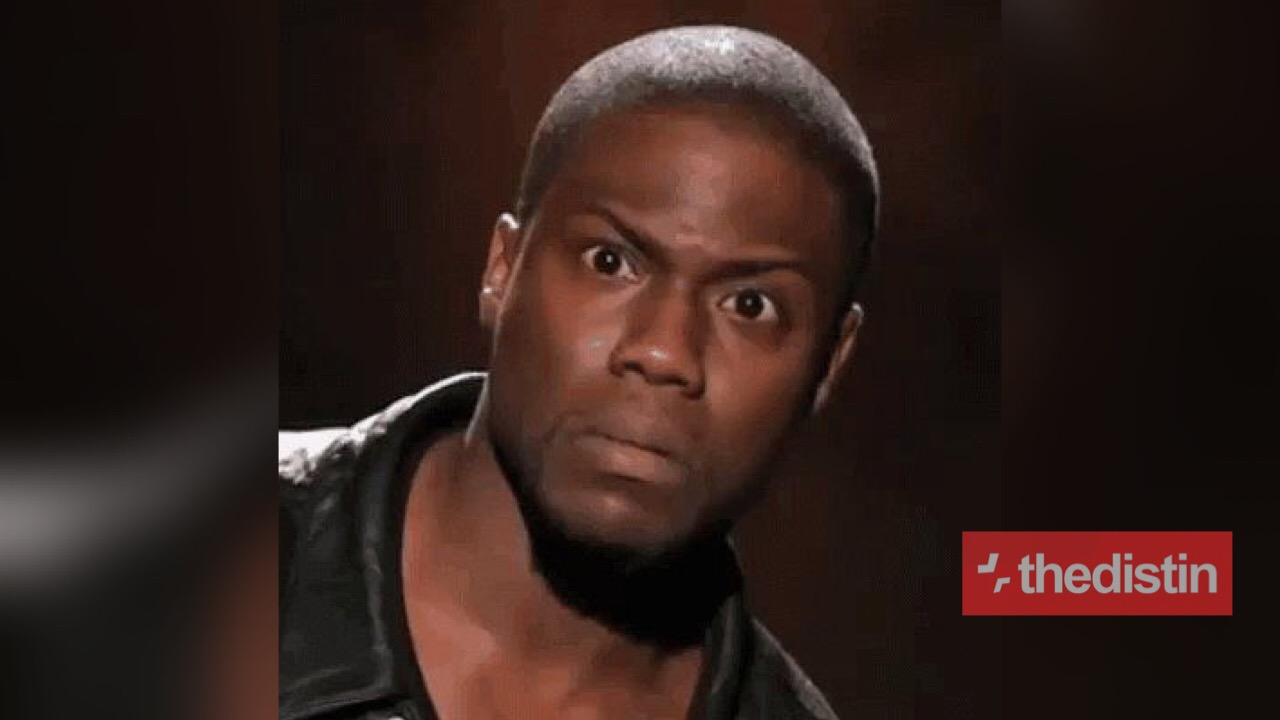 Hotel employees have shared their darkest secrets, and anyone who travels should know them.

People who work in fancy hotels are spilling behind-the-scenes tea in a viral thread on Reddit — and it turns out even the nicest resorts on the planet might be hiding some dark secrets.

It all started when Reddit user u/catstevenseagal posed a question to the internet: “People who work at five-star hotels, What type of shit goes on that management doesn’t want people to know?”

Here are some of the wildest responses:

1. “Never trust the glasses in rooms. Housekeepers are so stretched thin on time that they sometimes clean the glasses with the same rags they use to clean the bathroom — after all, their goal is to make the room look clean. There was over a year period where we didn’t get a clean glass delivery. We didn’t have dishwashers, so management was complicit. This was in one of the top resorts in the world. Never trust glasses in hotel rooms.”

2. “[Guests don’t know] what goes on in the room next to you. This week we had to evict and have arrested a couple for causing over $15K in damages to a room. This was done quietly late at night, and the nearby rooms never found out.”

3. “I worked in security, and housekeeping called us all the time for drugs they’d find in a room. The first thing we’d ask for is the room number, and we’d look up the name of the guest. If it was a VIP or someone important to us, we’d tell them to leave it there and we’d ‘take care of it’… Basically, you could have cocaine in your room if you spent enough money.”

4. “Lots of cheating spouses under fake names (and you can’t confirm if they’re there when the spouse calls pissed), jacuzzi and swimming pool deaths (usually from alcohol), guests exposing themselves to female staff frequently, especially housekeepers and room service.”

5. “Bedbugs. Every single hotel from rundown motels to five-star resorts has dealt with bedbugs.”

6. “Bedbugs. They happen in every hotel. You might be paying $5K a night, but your luggage was in the hold with everyone else’s. If there’s only one or two bugs and none in the adjacent rooms, then you brought them in.”

7. “Tip about bedbugs: NEVER put your luggage on the bed. When you arrive, keep the lights off, put your luggage in bathroom, and then at the head of the mattress peel back the sheets and mattress pad. Bedbugs tend to congregate there, but scatter when there is light. If you find bedbugs, you can request another room.”

8. “We don’t want you to know that the people who stayed in the room before you were fucking nasty. Housekeeping gets the brunt of it. I’ve seen them carry out bags of used sex toys, peel used condoms off every surface, and scrub shit — actual human (presumably) shit — off places there’s no reason for human shit to be. The worst, though, was the couple who wanted a home birth but not, you know, at home (because gross). We had to deal with that HAZMAT situation. Fucked them as hard as we could with penalties and fees, though.”

9. “Husbands will say hello to staff with their other woman on their arm on Thursday night, and their wife on Friday night.”

10. “A lot of lonely people go on vacation to end their life. Happens a lot but is never mentioned on the news.”

11. “Dead people. In some places there’s a reasonable chance somebody has died in your bed. Obviously it varies with the type of hotel and its clientele, but some places you get deaths weekly (not that the hotel is unsafe, but unfit old people overexerting themselves). One place I worked, maybe 40% of the beds someone had died in.”

12. “The staff is not nearly as impressed by famous people as some of them seemed to think we should be. It was a fancy hotel. We had rich and famous guests all the time. And it was usually the ones nowhere near the top of the ladder who tried to be the most imperious, and expected the most deference. If you have to try to convince us you’re high status, you aren’t.”

13. “At a certain Beverly Hills hotel, where I valeted for a short amount of time, many stars’ cars are just left there. They come and get them whenever. There was also a code name for Justin Bieber who visited often (I can’t remember it. He picked it himself.) His G-wagon and a Bentley were just kept down there, free of charge. Usher also left his bike there a few years back, and just never collected it.”

14. “Hockey players are the nicest athletes by a wide margin. Royalty is great, or more likely, awful. A-list celebrities want to be left alone or treated as just another person. Politicians are bigger assholes when they’re with their families. Saw lots of sex, drugs, underage drinking, escorts, the usual.”

15. “When we see ‘Instagram influencer’ on your booking, we roll our eyes.”

16. “A famous teen celebrity left a room full of needles and various drug paraphernalia behind for housekeeping to clean up.”

17. “We weren’t allowed to greet celebrities by name since they wanted to be anonymous, so we would use their alias that day. Some were greeted by sex workers or ‘escorts’ who were always super nice to everyone. A regular would rent out a room for a day, once a month, and make $30K-$40K that day from clients. Celebrities, business guys, you name it. Crazy.”

18. “The sex workers tip me more often than the guests do.”

19. “We don’t bat an eye at sex work or whatever goes on in the rooms, as long as it doesn’t affect other guests. Half the women who come to the bar are working girls looking for a sale. The only thing that the hotel industry ever really reports is human trafficking. There are telltale signs, and if something doesn’t add up, we do report it to local authorities.”

20. “As part of our training as bellhops, we are to ask open-ended questions to the children to make sure they aren’t being used for sex trafficking, when bringing in luggage to ‘dad and daughter’ types. My dad works in security in the same hotel, so he often gives me a heads-up if the guest is already under suspicion regarding their behavior at the front desk for check-in. It rarely happens, but hotels are the breeding grounds for sex traffickers.”

21. “You know what I never saw happen? Maids stealing. Everyone always points at the maids when they lose stuff, but we always found it. No way the maids are risking their jobs over your used iPad or mall jewelry. With tips they make pretty decent money.”

22. “I don’t know about all five-star hotels, but I’m sure this happens at most of them. Front desk/reservation staff will basically stalk you online if you’re a notable VIP, and your picture will be shared internally to ensure everyone recognizes you so you feel special when you arrive and everyone already knows who you are.”

23. “Hotels that are rated by Forbes are randomly ‘inspected’ frequently. We always had to be suspicious of any single diners because they could possibly be inspectors. You could be a regular Joe Schmoe, but if you are dining alone you are going to get the five-star treatment. Once we had a particular woman staying at the hotel and somehow management confirmed she was an inspector. They literally took security cam stills and printed them out to give to all employees so we would know who she was. I still remember her name was Katrina.”

24. “As soon as you walk in, ask tons of questions about every aspect of the hotel. Always order a specialty cocktail with dinner or lunch, and use every outlet of the hotel. They will immediately flag you as a Forbes shopper. Everyone in the hotel will know your name, and a picture we stole from your Facebook will be all over the hotel behind the scenes. You’ll get the best service you’ve ever had.”

25. “Those balls of butter come premade, frozen in a plastic tub.”

26. “NEVER EVER EVER (I REPEAT!) USE A CHOCOLATE FOUNTAIN FROM A HOTEL OR BANQUET HALL!!! Picture this: It’s an expensive-ass Sunday brunch. Well, little Timmy just double-fisted strawberries directly into that chocolate, bit into both strawberries then triple-dipped into the chocolate AGAIN! And some old rich lady just sneezed in it. And somebody else just dropped their snack into it. The best part: that chocolate gets strained and saved for the next week’s brunch. Chocolate is waaay too expensive to throw away.”

27. “When you complain, the nicest, most understanding guest gets the better compensation. The rude guest gets bare minimum. Always treat the staff with respect and be friendly. You’d be surprised at the number of people who are rude, even for the smallest of issues.”

You can read the full thread of responses on Reddit.

Note: Some responses have been edited for length and/or clarity.