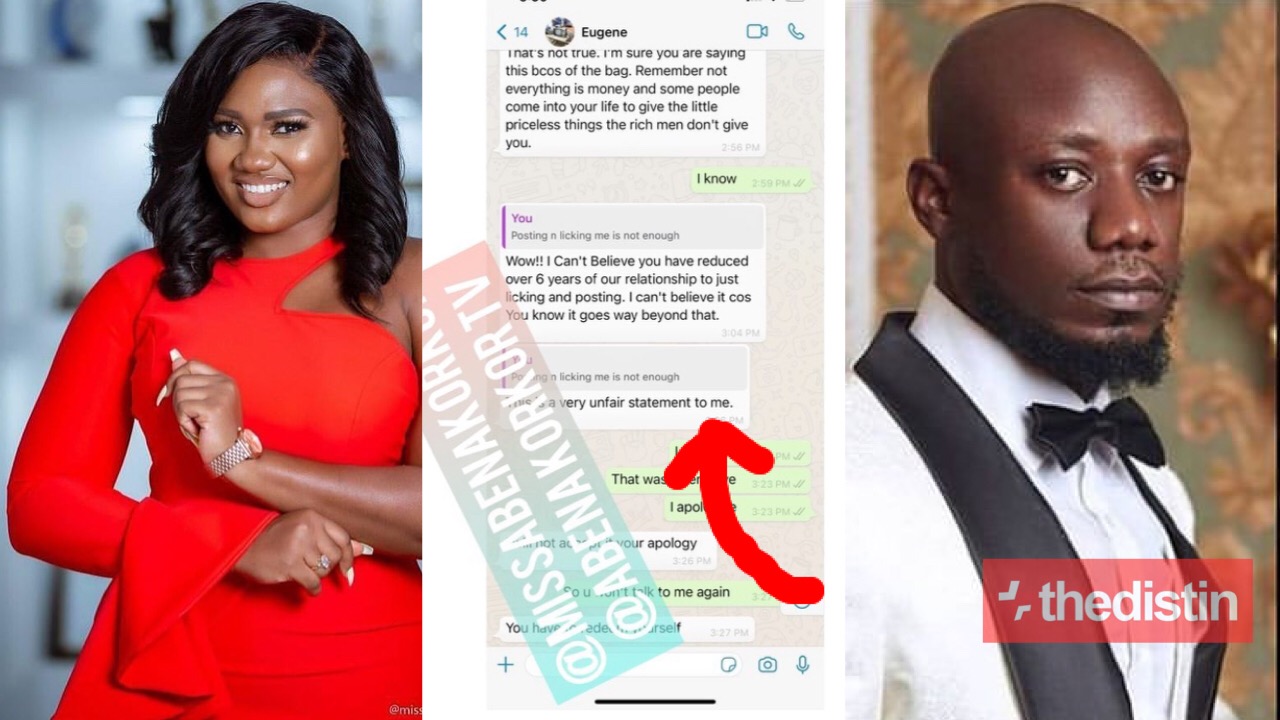 Mental Health Advocate and former TV3 presenter, Abena Korkor has fired up her saga with Eugene Nkansah as she has released screenshots of when he begged to ‘chop’ her.

This video with screenshots comes after Abena Korkor went to Eugene Nkansah’s DM and sent a private message to apology to him after she added his name to the list of men she has slept with.

On Peace FM’s Entertainment show today, Nkansah Eugene of Nkonkonsa.com and panelist of the show discussed Abena Korkor’s apology message to imply that she lied on him, click here to watch the video.

Well, Abena Korkor after sighting on the video ‘vexmad’ as she has dropped video containing screenshots of when Eugene was begging to ‘chop’ her.

Abena Korkor went further to blast Nkansah Eugene and even called him a ‘bald snake’.