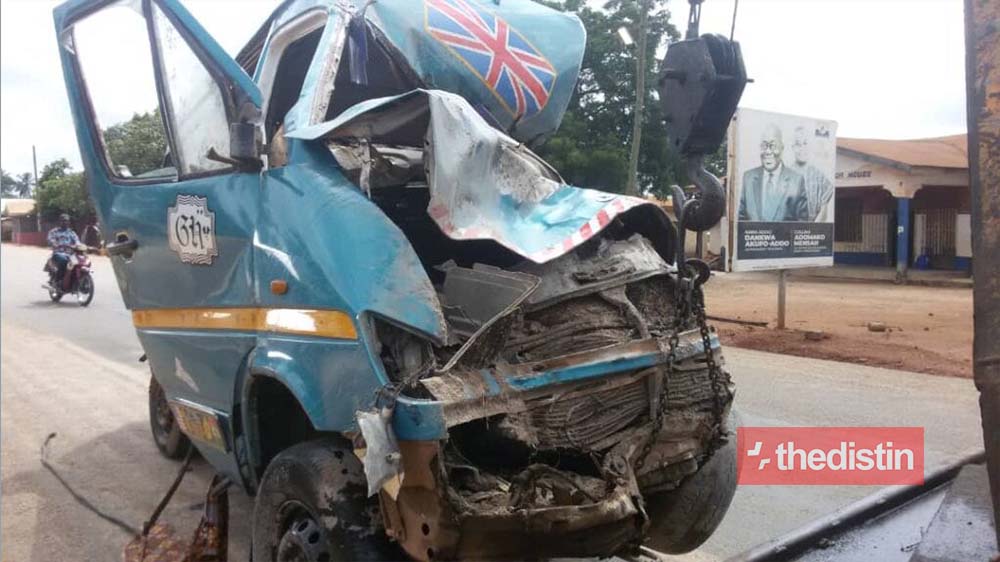 Eight persons are feared dead in a gory accident which occurred at Soko, a farming community in the Afigya Kwabre North District of the Ashanti Region, on Monday, June 7

Speaking in Twi, the eye witness said the passenger bus was speeding, probably causing the driver to lose control of the wheel.

According to the eyewitness, the mate of the tipper truck hit his head on the road when the two vehicles collided and died instantly while the driver managed to get out.

Unfortunately, most of the casualties were in the Sprinter bus, as its driver and mate as well as five other passengers died on the spot.

About three injured persons were all sent to the St Patrick Government Hospital in Offinso South Municipality.

Below are the pictures