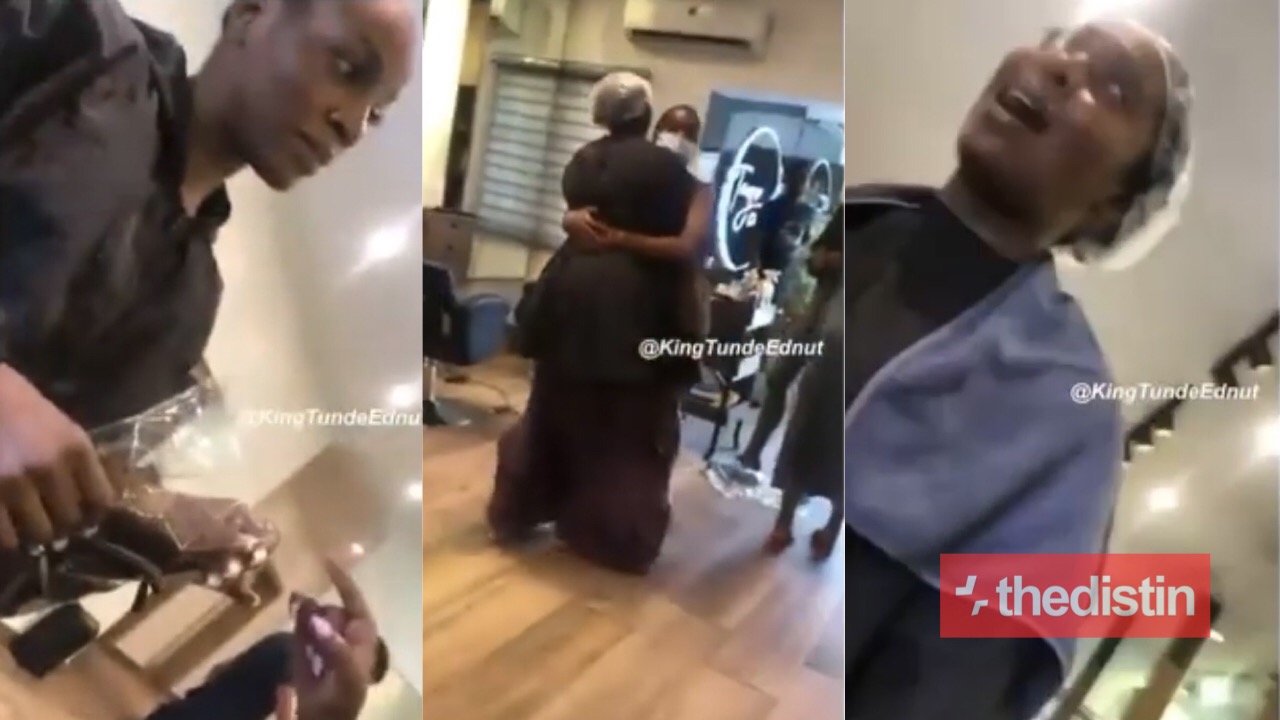 Video shows Tiwa Savage slamming her colleague Seyi after she reportedly went to say “Hi” to her.

Tiwa who wasn’t having it berated her and even swore on her son’s name, saying she has never talked about Seyi.

Seyi on the other hand said she’s not petty and didn’t want to “open Tiwa’s yansh” in public.

The two nearly exchanged blows but were separated by friends in the saleon.

The video has gone viral since it’s release on the internet.